For many fans, Casemiro's passionate celebration will be the lasting memory of Manchester United's dramatic draw against Chelsea at the weekend. After weeks of steady progress, this was the coronation moment for a summer signing who has made himself indispensable to the way United play. 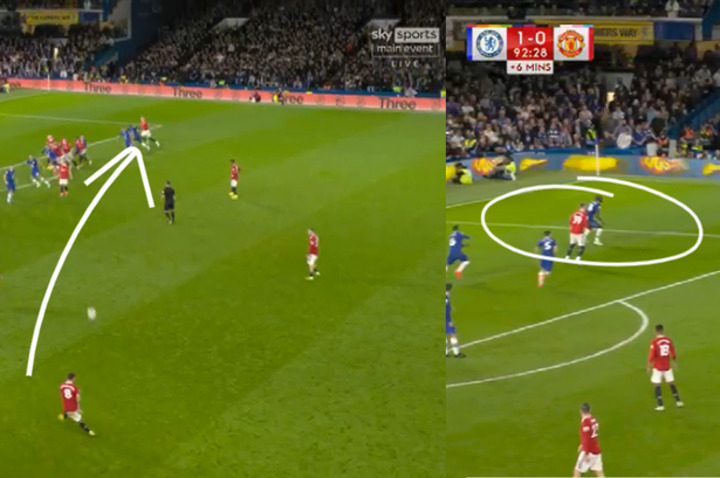 Even before his goal, the Brazilian midfielder was the standout United player on the pitch. He was calm and composed in possession and carefully picked his passes, leading by example as Erik ten Hag's side took the game to their opponents.

In the end, few could begrudge United their point, particularly after how they responded having just gone a goal down.

Jorginho's coolly taken penalty looked to have signalled three points dropped for United given their early dominance in the match, but rather than pity themselves, Ten Hag rolled the dice one last time in an effort to get something out of the game.

Despite the wild Chelsea celebrations going on around him, Ten Hag remained calm, beckoning stand-in captain Bruno Fernandes over as they discussed United's best chance of regaining parity.

United had spotted a weakness in Chelsea's struggles to cope with balls into the box, and the message was clear: send the ball to Diogo Dalot and Luke Shaw, pack the box, and bombard the opposing penalty area in one last desperate attempt to salvage a point.

Within 20 seconds of the restart, Dalot got the ball out wide and sent a cross into Scott McTominay, who was being deployed as a makeshift centre-forward, but he was unable to direct his header on target as he frantically looked to make amends for conceding the penalty.

In added time, the United academy graduate was targeted once again by a Fernandes free-kick, before the loose ball was once again lumped long by the Portuguese in a desperate effort to get the ball into the box.

Soon after, Shaw collected the ball on the left flank and immediately darted forward. He clipped the ball through to Anthony Elanga but his drilled cross into the box evaded everyone. This time, Dalot picked up the loose ball on the right and replicated the move. McTominay, who was lurking in the six-yard box, watched on as the low delivery was easily cleared away.

United were turning the screw and the Chelsea backline was under siege. Dalot aimed a long throw towards McTominay again, but the ball was booted away.

As the loose clearance found its way to the right boot of Fred, the plan was clear, get it out wide again. A first-time pass found Shaw and once again they aimed for McTominay.

Shaw's perfectly curled cross reached the back post where United had an overload. Although the ball was aimed at the Scotland international, it was Casemiro who reached the ball, sparking bedlam in the Stamford Bridge away end as his header just about crossed the line.

The Brazilian ran off in wild celebration and McTominay breathed a huge sigh of relief that his mistake for the Chelsea penalty had been redeemed right at the death.

Not only was the 25-year-old off the hook for his rash mistake, but he was deserving of huge credit for the key role he played in getting United back into the match.

Ten Hag's tactics to lump the ball into the box only worked because they had a physical focal point to aim at, and McTominay looked to relish reprising his role as a centre-forward, just as he had done at academy level during his early years at the club.

United's dramatic draw will forever be synonymous with Casemiro's celebrations, but just as defining was the role his midfield partner played, at both ends of the pitch.