There are 31 days left for Bayern Munich to trigger the purchase option in James Rodriguez's two-year loan deal from Real Madrid. 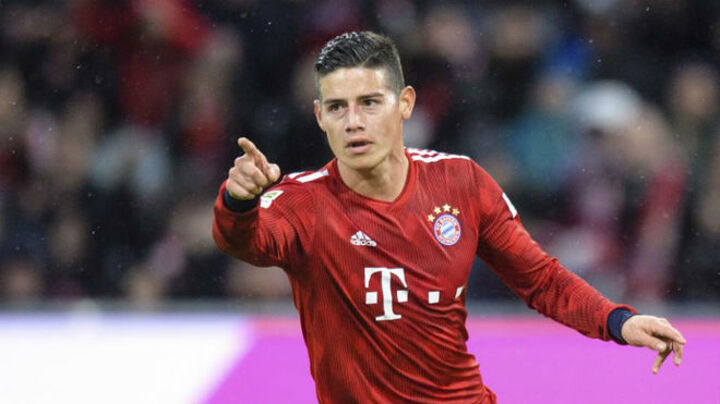 The German club would have pay 42 million euros for his services, if they decide to sign the Colombian on a permanent basis before June 15.

However, although Bayern are yet to officially confirm this, James is expected to leave the Allianz Arena and return to Los Blancos.

Neither James nor coach Niko Kovac want him to stay in Bavaria after his loan comes to an end, so he looks set to resolve his future back at the Santiago Bernabeu.

If the midfielder does go back to Madrid, he won't be in Zinedine Zidane's plans and will be sold to another club.

James wants everything to be resolved by the time the Copa America begins on June 14 in Brazil.

There's still plenty for James and Bayern to play for this season, however, as Kovac's side can clinch the Bundesliga title this Saturday with a win against Eintracht Frankfurt.

The Bavarian giants still have the DFB-Pokal final to come against RB Leipzig on May 25, too, before any talks about transfers or contracts can begin.

As for possible destinations for James, Cristiano Ronaldo has personally told him to join him at Juventus, while Paris Saint-Germain are also interested.

Although his exit from Bayern seems inevitable, the German club could still opt to keep him on the books against his will.