The 54-year-old Slovenian lawyer, Aleksandar Ceferin, assured that the “Super League” was “finished once and for all, at least for 20 years.”

The president of the UEFA, the slovenian Aleksandar Ceferinsaid the new Champions League is “the last nail in the coffin” of the “super league“, and valued that having prevented that alternative competition from being forged is the greatest achievement of his mandate. 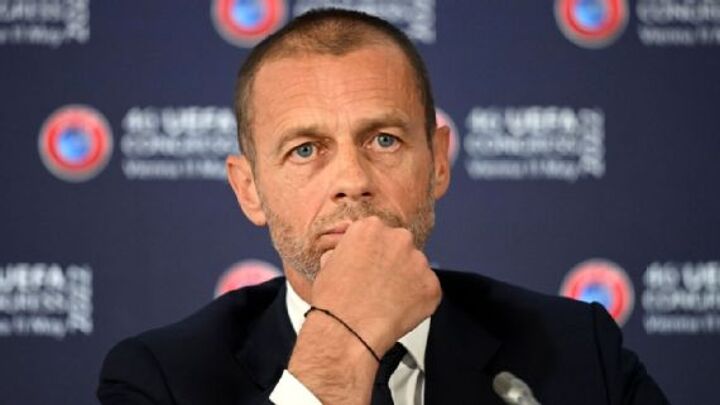 “The key to everything was having managed to prevent, in two, three days, that crazy idea of the so-called super leaguewhich would have meant a total destruction of football, the end of the European model of sport,” said Ceferin in an interview that the Slovenian agency STA post today.

The 54-year-old Slovenian lawyer hopes to achieve another mandate at the head of the UEFA in April 2023, in which he wants to continue affirming the values of solidarity, inclusion and openness in football, and against discrimination and populism.

He explained that the reform of the Champions Leagueapproved at the recent congress of the UEFA in vienna, It represents the definitive end point to the project of the super league.

“That has been the last nail in the coffin. The coffin was prepared long before, but now we had to close it completely,” said the head of the UEFA.

At a press conference in Vienna After the congress of the UEFA last Wednesday, Ceferin assured that the “super league” was “done once and for all, at least for 20 years”.

The Champions League from the 2024/25 season will have 36 clubs, four more than now. They will play eight rounds according to the so-called Swiss model, which, in his opinion, will contribute to making the matches more interesting.

“The big teams will play more games against the big ones, but also against modest teams. The modest ones will also play against others in their category and will have more chance of advancing,” he summarized in the interview.

That system will be more interesting than the current one since after the first phase it will still not be clear who will continue, he said.

Another difficult challenge that UEFA has had to face has been how to proceed in the face of Russian aggression against Ukraine, according to its president.

The expulsion of the clubs and the Russian national team from the competitions of the UEFA represented a “necessary suspension of sports neutrality” to exert pressure against those who decide on the war, he explained Ceferin.

However, he also does not consider it positive that football punishes players, coaches and fans who are not responsible for the situation.

The idea that is heard that Russia could pass to the Asian confederation comes, in the opinion of Ceferin“from some politician and not from the Russian football federation, since that would mean taking Russian football back 100 years.”