Real Madrid look as though they could miss out on another transfer target this summer, with Donny Van de Beek now appearing likely to remain at Ajax in 2019/20. 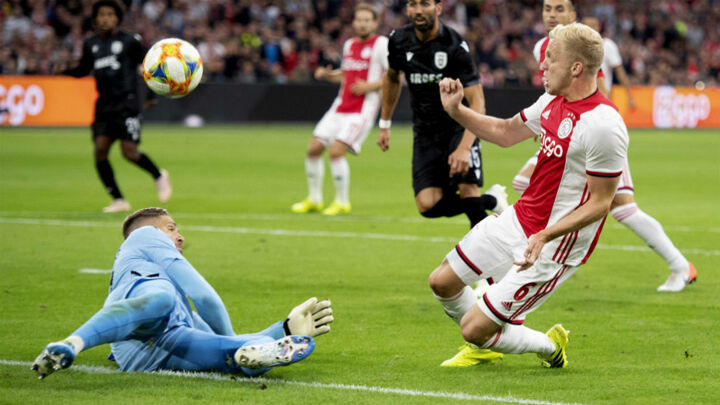 Coach Erik Ten Hag had said that he was expecting the midfielder to stay put, and his words have been reinforced by the player himself as he spoke after Ajax defeated PAOK 3-2 in Amsterdam to progress in Champions League qualifying.

"Nothing is certain yet, but there's a good chance I'll continue here," the player said in the mixed zone.

"Whatever happens, Real Madrid and Ajax are both fantastic clubs.