Former Arsenal manager Arsene Wenger believes Paris Saint-Germain (PSG) are running against the clock to secure Kylian Mbappe's new contract. The Frenchman has labeled Mbappe as one of the most important players in Mauricio Pochettino's squad. 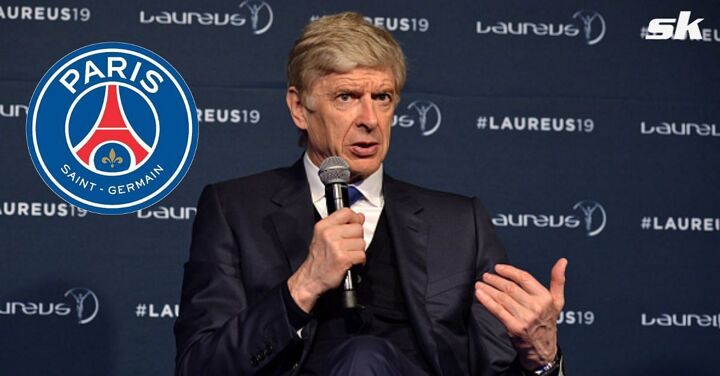 As things stand, Mbappe has entered the final six months of his contract in Paris. The 23-year-old forward is currently in a position to sign a pre-contract with any European club or leave on a free transfer at the end of the season.

Judging from his own experience, Arsene Wenger believes the ship has already sailed for Paris Saint-Germain to hand Mbappe a new deal.

"Time is against PSG. In my experience, when you try to renew a player then the longer it takes the more difficult it becomes. I've been waiting a year and a half for PSG to manage to renew Mbappe. He is the most indispensable player in PSG's way of playing. But, there is little time left and today the footballer is free to sign wherever he wants."

"PSG were in a situation where they had a firm offer from Real Madrid. When you reject 180 million euros, even for PSG it still is a huge sum. So, when they refused this money, they either said to themselves 'We need to have a great season, as we have [Lionel] Messi and we can't afford to lose Mbappe' or they thought 'we will manage to convince him to stay'."

La Liga giants Real Madrid have been linked with a move for Mbappe for a long time and even made bids of €180 and €200 million in the summer of 2021. However, the Parisian rejected one and failed to respond to the other.

It is worth noting that Real Madrid and Paris Saint-Germain have been drawn against one another in the Round of 16 of the UEFA Champions League.

The first leg of the tie will be played in Paris on February 15 while the return leg is scheduled to take place on March 9 in Madrid.

How has Kylian Mbappe performed for PSG this season?

As things stand, Kylian Mbappe is the leading goalscorer for Paris Saint-Germain this season. The France international has netted 19 goals and provided 16 assists in 28 appearances across all competitions.

With Lionel Messi continuing to find his feet in Ligue 1 and Neymar recovering from an ankle injury, Mbappe has been consistent in front of goal.

The young striker will leave a huge void in Paris Saint-Germain's attack if he decides to leave in the summer of 2022.

Real Madrid, on the other hand, will have a proven goalscorer for the foreseeable future, who would be an adequate replacement for an aging Karim Benzema.