Former Arsenal midfielder Jack Wilshere has given his thoughts on the Gunners' attempts to sign a trio of Manchester City stars. 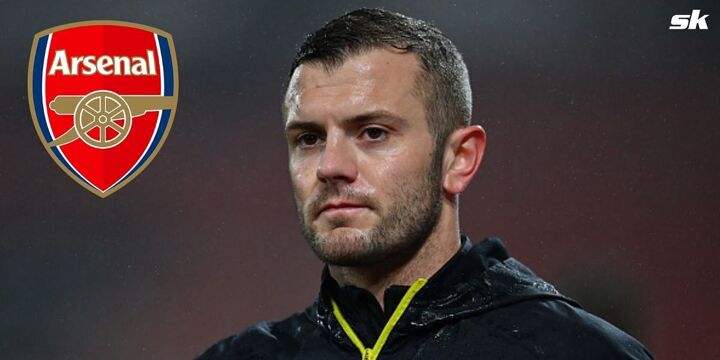 Wilshere was asked by The Mirror to rank the potential signings of Gabriel Jesus, Raheem Sterling and Oleksander Zinchenko out of ten. Beginning with Jesus, the former England playmaker said of the 25-year-old forward:

"I think he would be a top, top signing. He's a top striker and he's obviously played in a top team for many years now. He knows the Premier League so he's someone who could come in and fit in straight away. With Arsenal’s creative players, he would score a lot of goals – 10/10."

Next up on Wilshere's mind was the 27-year-old Sterling. He proclaimed:

"He would be an unbelievable signing as well. He's a London boy so it would be nice for him to come home and join the biggest team in London. Like Jesus, Sterling is someone who's been in the Premier League for years and knows the Premier League. Under Mikel Arteta, I think he would be a very good signing, 100% – 10/10."

Finally, the former Gunners academy graduate was asked about the versatile Ukrainian Zinchenko, to which Wilshere replied:

"He's someone I really like. Mikel Arteta obviously worked with him at Man City so if Arsenal want him, there's a reason. Arsenal are pretty strong in that area with Kieran Tierney so I wouldn't say we really, really need him. But we've seen Zinchenko play in midfield for Ukraine so he can adapt to different positions and he's versatile. If I saw him come to Arsenal I would be happy with that – 9/10."

Wilshere made 197 appearances for the north London club across 10 seasons at the Emirates Stadium, with his time there ravaged by injury. He currently plays for Danish Superliga club AGF.

The three names mentioned above would all add a great deal to Mikel Arteta's side, especially Jesus as the Gunners are currently desperate for a top-class centre-forward.

The City trio are all keen for more first-team opportunities next season. But the lack of Champions League football on offer may prove to be a stumbling block when it comes to attracting the very best players for the Gunners.

Sterling would certainly be an interesting choice, with the England winger having just one year left on his current deal at the Etihad Stadium. However, he has been heavily linked with sides in the Champions League, including Chelsea and Tottenham Hotspur.