Tottenham eased fears of an FA Cup giant killing as they edged into the fourth round despite being given a late scare in their replay with Middlesbrough. 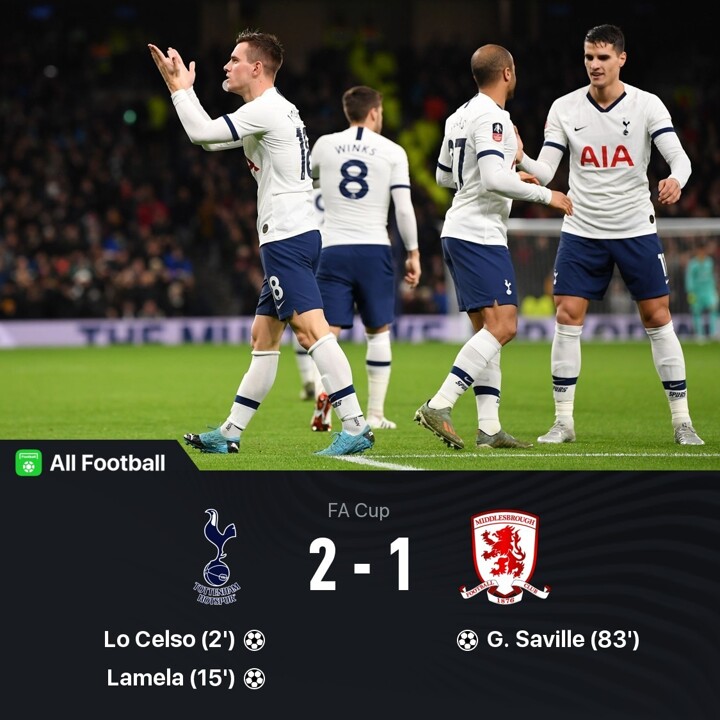 Middlesbrough's hopes of an upset were severely compromised within two minutes when Mejias' loose pass was intercepted by Lo Celso, who capitalised with a composed finish into the bottom-left corner. 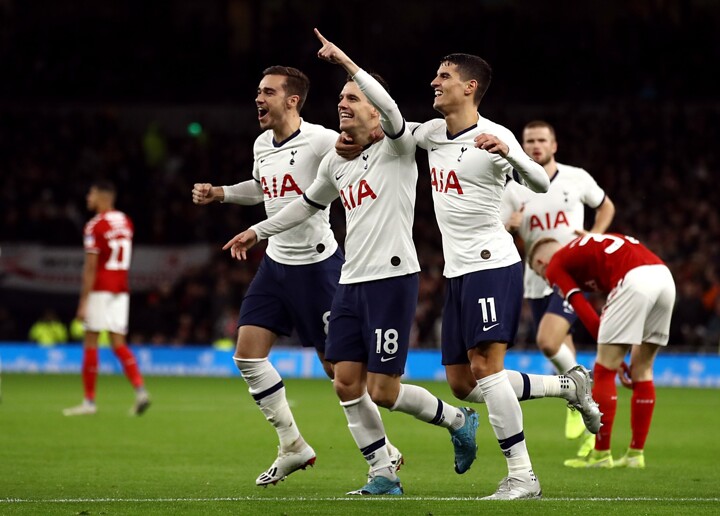 Boro were quickly made to regret not capitalising on that opening when Howson lost possession and Lamela eased beyond Paddy McNair and Dael Fry to double the Tottenham lead.

Saville had a speculative effort deflected on to the roof of the net and Spurs did not heed the warning as he was allowed to advance and slot past Gazzaniga's apologetic dive to prompt a nervy finale.

Boro goalkeeper Mejias attempts to pass his way out of trouble but only succeeds in giving the ball straight to Lo Celso, who cuts inside and tucks it into the bottom-left corner.

13' Gazzaniga makes a decent save

From pretty much out of nowhere, Gazzaniga rescues Tottenham with a big save. Manchester City loanee Nmecha turns Tanganga and has a clean shot on goal from eight yards, which Gazzaniga is equal to down low.

This second Tottenham goal is all down to the individual quality of Lamela. The Argentina international runs through the middle of the Boro defence and finishes past Mejias to join compatriot Lo Celso on the scoresheet.

23' Lamela's shot over the bar

Lamela is really enjoying himself! The scorer of Tottenham's second spins 16 yards from goal and rifles a shot over the crossbar. Middlesbrough's defenders are struggling to cope with his movement.

Tanganga is slipped in by Lo Celso on the overlap and drills a shot just wide of the far post. Tottenham are good value for a third goal here and we have not even played half an hour.

Lo Celso goes down theatrically inside the box after being caught by Johnson. It is nothing more than a simple coming together, even if the Tottenham midfielder is holding his face, though VAR has a look. The replays confirm Craig Pawson was correct to play on.

Tanganga turns his man inside out and fizzes the ball across the face of goal. Sessegnon somehow fails to find an empty net from a few yards out, but the offside flag would have gone up regardless.

54' Gazzaniga makes a brilliant save

Wing bends his free-kick around the Tottenham wall but Gazzaniga watches it all the way and makes the save. Nmecha goes to ground in the next attacking move under contact from Lo Celso but no penalty is given

Saville picks up the ball just outside the box and steers a low shot away from Gazzaniga to make it game on in north London! 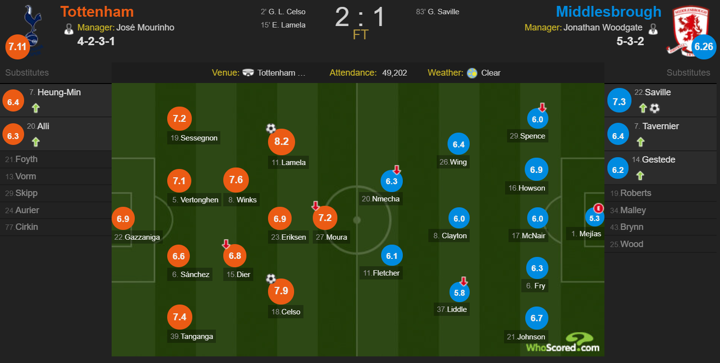