UEFA were forced into an embarrassing climbdown on Sunday after they abandoned an investigation into Germany captain Manuel Neuer for wearing a rainbow armband in support of LGBT rights. 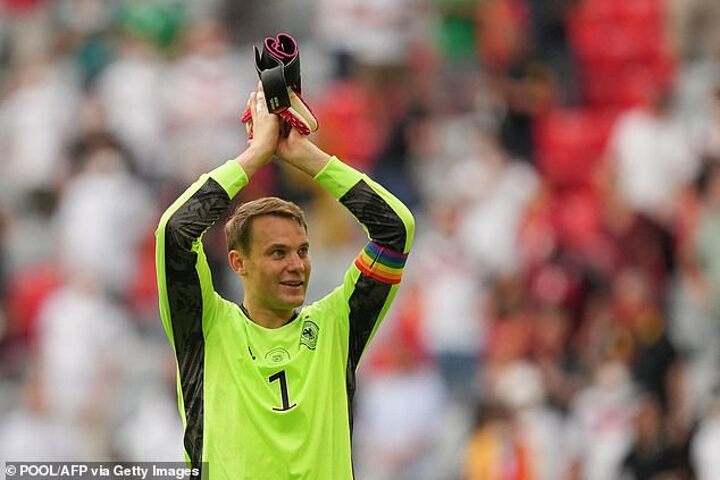 Neuer was facing a fine if his armband — which he wore in both group games against France and Portugal, plus a warm-up friendly against Latvia — was deemed to be in breach of UEFA’s rules on political symbols.

But just hours after UEFA opened their investigation, the German FA (DFB) tweeted: ‘UEFA have today shared with the DFB that they have stopped the review of the rainbow captain’s armband worn by Manuel Neuer.

‘In a letter, the armband has been assessed as a team symbol for diversity and thus for a “good cause”.’

Meanwhile, UEFA will investigate anti-LGBT banners in the stands at Hungary’s matches with Portugal and France in Budapest.

Hungary travel to Munich for their final Group F game, with the city’s mayor having applied to FIFA to light the Allianz Arena up in rainbow colours in support of the LGBT community. ‘This is an important sign of tolerance and equality,’ said Munich mayor Dieter Reiter.

The stadium lighting would be a protest against a law passed by Hungarian lawmakers on Tuesday that prohibits sharing any LGBT content with children.

The law has been denounced as anti-LGBT discrimination by human rights groups. 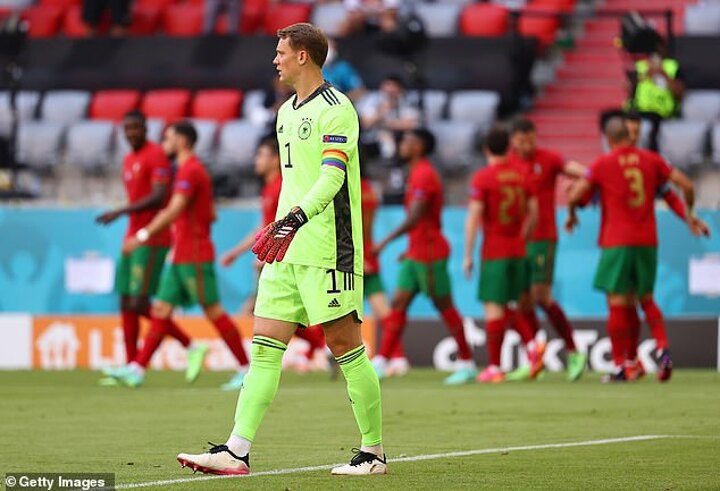