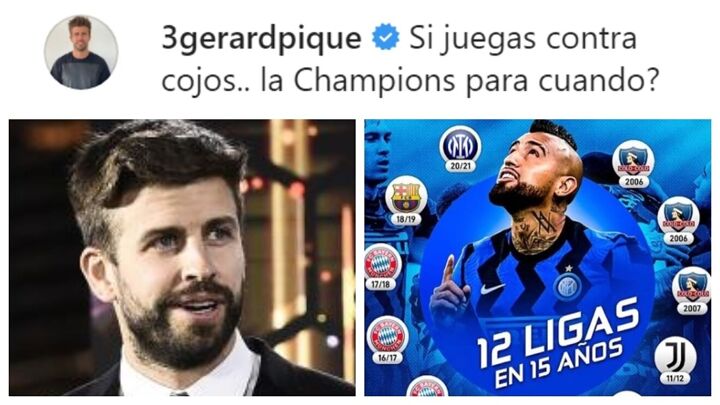 Inter's Scudetto triumph means that the Chilean midfielder has now won 12 league title in his last 15 seasons, a fact that he shared on social media.

"Many years, many teammates, great clubs and many fans, grateful for everyone who has been with me in each achievement," read the caption.

"And I know that there is still a lot of history to make...Let's make more."

Whilst many of his followers commented to congratulate him, Gerard Pique took a different approach.

"If you play against the weak... How about the Champions League?" he wrote.