Virtual Reality could be the future of professional football training, with both Premier League and Women’s Super League clubs using new software to practise heading in order to reduce the risk of long-term brain injuries. 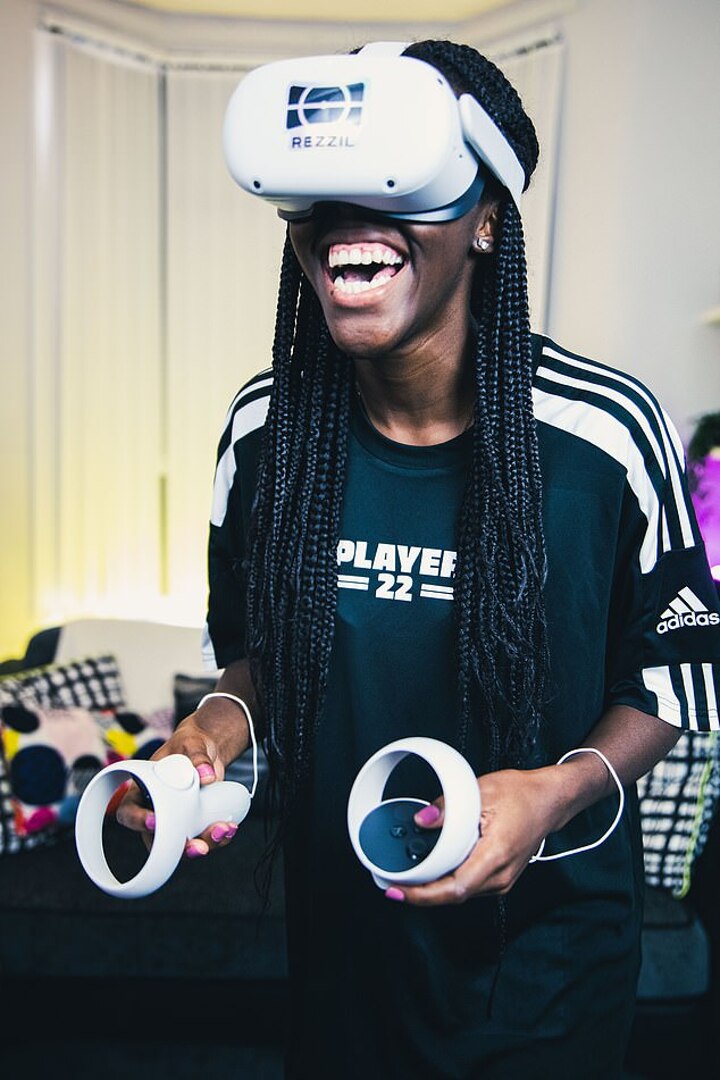 Rezzil’s Player 22 offers a contact-free method of training, with players able to replicate and develop heading technique without the concussive impacts of a regular football.

Manchester United Women have been using Rezzil’s software and VR could be even more beneficial for female footballers, who may be at a greater risk of dementia than men. 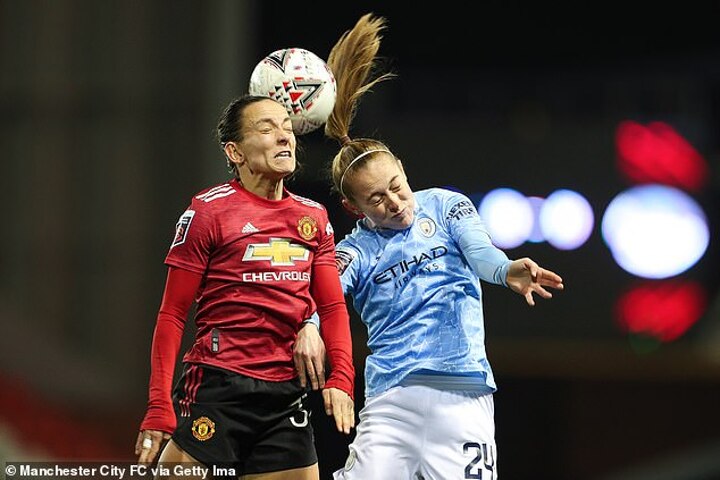 Research conducted by Manchester Metropolitan University shows women are twice as likely to suffer concussion than men and also take longer to recover, backing up earlier findings by the University of Glasgow. In theory, female footballers are therefore more likely to develop dementia than male players.

‘A reason for women being twice as likely to suffer concussion could be the deficit in neck muscles, which are used to absorb the impact of headers,’ says Greg Wood, senior lecturer in Motor Control and Learning at Manchester Metropolitan University.

Some of the university’s research has shown that sub-concussive events, such as repeatedly heading a football, could be more dangerous than outright concussion because they are not as detectable or treatable — and could be even worse for girls and women.

‘There is research showing that the accumulation of these sub-concussive events, like thousands of headers throughout a career, could be a bigger contributing factor to dementia in old age than concussion itself,’ says Wood.

‘Because the impact of heading on girls could be greater due to the weaker neck muscles, you could make the assumption that they are at a greater risk of injury.’

Professional players are now advised by the FA to limit training to just 10 ‘higher-force’ headers per week after new guidelines were brought in at the start of this season. But VR offers managers a viable alternative.

‘Heading remains an important part of football, but the proven link to brain injury shows the introduced restrictions are warranted,’ says Rezzil’s founder Andy Etches. ‘We’ve worked hard to recreate heading with a fun and immersive experience as close as you’ll get to the real thing, but with none of the risk.

‘Over the last year we’ve been working with research departments at Manchester Metropolitan University and a number of others to look at how effective we can be on this platform.

‘The research is showing it’s just as good a tool to learn how to head the ball as a real ball, which is incredible. You can take 600 headers in an hour and you’re not going to feel a thing. You’re delivered different types of headers — glancing, directional, shooting, clearance — all kinds of things.’

Rezzil have also worked with grassroots clubs and academies. Primary school children are banned from practising heading but Player 22, which retails at £10.99, allows children to safely train heading at home without doing any physical damage.

‘What we’ve said all the way through this is that it doesn’t have to be better than heading a real ball, it just has to be as good, which it certainly is,’ Etches adds. ‘You can remove maybe 50 per cent of all training headers.

‘There’s teaching points on how to set your feet, how to attack the ball, where on your head you should head the ball. That’s going to help you when you head a real ball because you’re going to head it with the part of your head that’s going to do less damage. Your body will be in the right position.

As well as United Women, Rezzil are working with a number of Premier League clubs and international federations.

‘My view is that this should be part of the duty of care of any club, any FA, anywhere in the world,’ says Etches. ‘If in 10 years’ time there is a legally proven link (between heading and dementia) and you didn’t do anything about it, you might be opening yourselves up. The system is strongly validated, it works and players enjoy using it.’

Tottenham boss Nuno Espirito Santo admitted last month that he was not abiding by limits on heading in training, calling the regulations ‘absurd’. But Etches, whose company are looking to develop the technology to replicate in-game situations, believes managers will become more open to reducing heading if they are presented with the option of VR.

‘The more people know there is an alternative, the more it will change,’ he says. ‘At the moment, Nuno doesn’t know this exists and that it’s a viable alternative.

‘He might have seen something similar before but he’ll probably have just dismissed it as a gimmick. But now there’s evidential backing behind this which says “this is a valid way to train and replace those headers”.

‘Why would you deliberately do damage to your own players? It just seems archaic. I’m not saying he (Nuno) is, but once people know there’s an alternative, if they don’t use it then there’s probably something greater going on.’

Rezzil has received backing and investment from Gary Neville, Thierry Henry, Vincent Kompany, Michail Antonio and Tyrone Mings and the aim is to grow further and reach more people.

‘We want to work with every team in the world,’ says Etches.

‘We’ve got real life stories out there where people are getting benefits from it and seeing it on the field. Why wouldn’t you use this system?’