Arsene Wenger has shared the pain of his departure from Arsenal after 22 years as manager, describing the end of his era as 'like a funeral'.

Speaking in a new documentary about two decades in charge at Highbury and the Emirates Stadium, Wenger tells of his personal turmoil as he left the club he still loves.

After three Premier League titles, seven FA Cups, a Champions League final appearance, a team of 'Invincibles' that went a season without defeat, in the end there was a clamour for Wenger to go as the club repeatedly failed to challenge for the Premier League title and he was forced out in May 2018.

'You realise at the end of something, it's like a funeral,' says the 71-year-old speaking against a backdrop of images with supporters protesting against him with flares held aloft.

Arsene Wenger: Invincible, the trailer for which has been released today, promises to be a poignant examination of his managerial life – and death - at Arsenal. 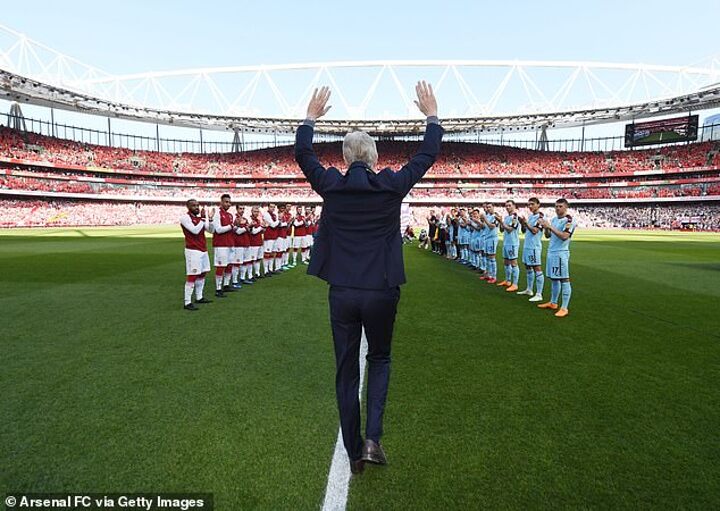 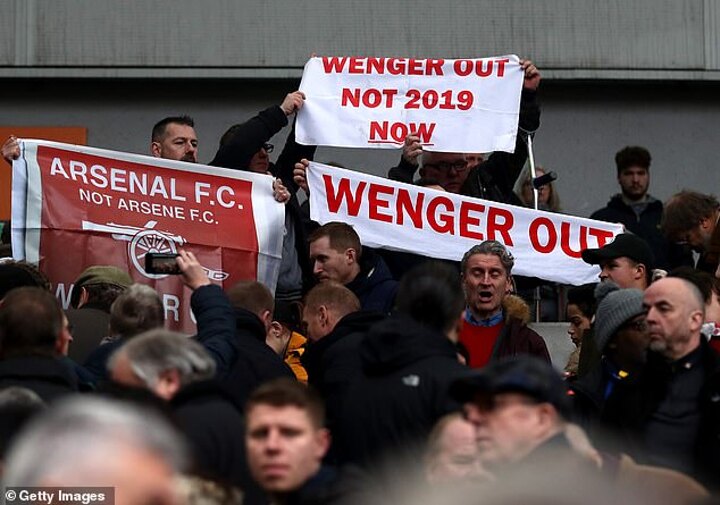 Despite his obvious success, and the Gunners' continued qualification for the Champions League until 2017, the atmosphere around the manager turned toxic and 'Wenger Out' became a matchday soundtrack.

Wenger has since insisted he wanted to leave Arsenal fit to face the future and every decision was made in the best interests of the club. He has described his treatment towards the end as 'harsh', 'hard' and 'brutal'.

But in the new film, one of his finest and most successful players, Dennis Bergkamp, says Wenger stayed on too long, giving the Arsenal hierarchy little choice.

'It would have been easier if he would have made a decision,' the former striker, who netted 111 goals in 408 appearances for the club, concludes. 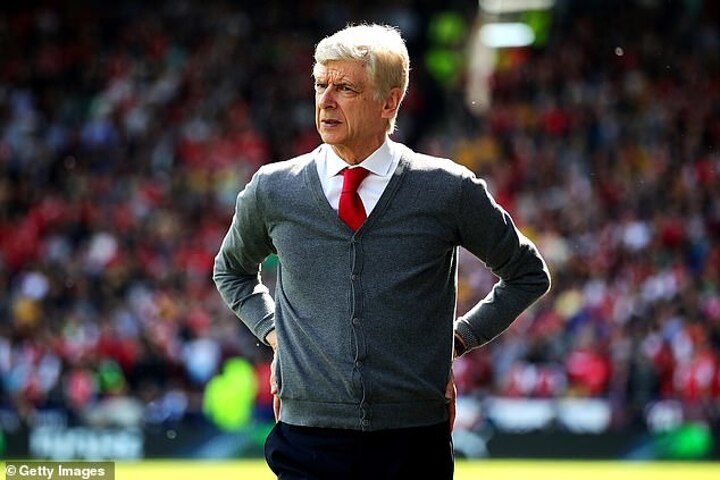 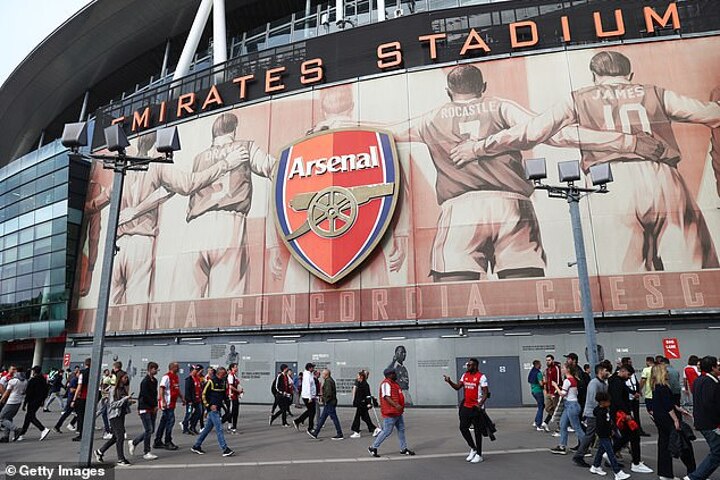 Both obsessive and visionary about the beautiful game, Wenger admits in the film that his 'addiction' to the sport, and the Premier League in particular, led him to become 'inhuman' at times.

'I had the addiction gene,' Wenger confesses in the documentary, which has been produced by Noah Media Group, the company behind the critically acclaimed Finding Jack Charlton documentary, and will be screened in cinemas and streamed on Amazon Prime Video next month.

And Wenger adds: 'The desire of fighting, not to lose, makes you sometimes inhuman.'

The coach's fascination with football and his quest for perfection were both his driving force and fatal flaw.

In scenes from Wenger's childhood in his home village of Duttlenheim, he reflects that some of this stemmed from his upbringing: 'My father, he never told me "well done" he said: "you can do better."'

Wenger famously watched endless footage of matches from around the world after training and attended Arsenal games at all levels, from the academy up, which earned him the nickname 'the Professor' with the club's fans.

However, it put pressure on his marriage and he split from long-time love Annie Brosterhous in 2015.

His relationships with opposition managers – and the media - were strained too. In fact, Wenger's career was annotated with feuds, with Manchester United's Sir Alex Ferguson a frequent adversary. 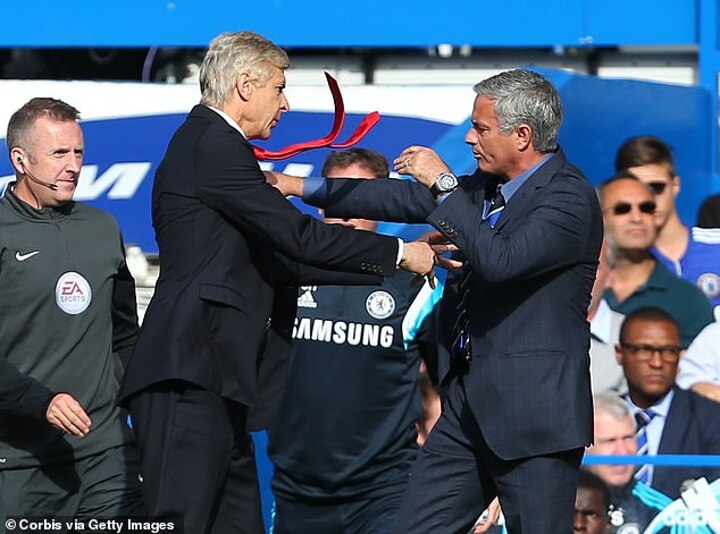 Their rivalry came to a head in 2004 when clashes between their players near the Old Trafford dressing rooms resulted in pizza being thrown at the United boss.

'I'm saying to myself: "Is he looking for a war?"' Ferguson reflects on his early skirmishes with Wenger.

Jose Mourinho added new spice as manager of both Chelsea and United. He once described Wenger as a 'specialist in failure', while the Arsenal boss lost his cool after his side were beaten 2-0 by Chelsea in 2014 and he pushed Mourinho.

It wasn't just title rivals that Wenger fell out with either - there was no love lost with Bolton Wanderers' former boss Sam Allardyce or Tony Pulis at Stoke City.

But the film goes right back to the beginning of his Gunners career. When Wenger was recruited by Arsenal from Japanese outfit Nagoya Grampus in October 1996, he was unknown in England. 'Arsene Who?' was a popular refrain among fans and even uttered on camera by the Gunners' legendary striker Ian Wright.

Now, Wenger himself thinks the decision to recruit him, when the Gunners had been linked with the legendary Johan Cruyff, was 'brave'.

However, he came out fighting when he took over the club and in the opening scenes of this trailer he declares defiantly: 'I was not scared of anybody in football.'

The images cut quickly to archive footage of Ferguson putting the boot into his new rival before he had even got going.

'Arsene Wenger's been in Japan,' Ferguson says in a post-match interview. 'He is unaware of the demands of our game.'

It is a delicious reminder of the visceral rivalry in the Premier League at that time, on and off the pitch. And for Wenger those comments were 'the start of it, the real start of it'.

As it turned out Wenger knew a lot more than most British managers about modern training techniques, tactics and motivation as he quickly established his side at the top end of the table.

Arsenal won the title in 1998, 2002 and 2004, when his Invincibles completed the season unbeaten, the first and only time a team has gone an entire Premier League campaign without defeat.

'I set them a target of winning a championship without losing a game,' Wenger recalls. It was an 'achievement [that] stands above everything else', concludes Ferguson, who buried the hatchet with Wenger before he left Arsenal.

Of course, Wenger wanted to win but he was after even more than results. This film will confirm what everyone believed: he was operating on a higher – or at least different - plane.

He wanted his team to play the beautiful game - a synthesis of technique, intelligence and power. And at times he appeared to have achieved it, particularly with the Invincibles.

'This football was close to perfection,' reflects Bergkamp.

And before the final, bitter years, Wenger's combativeness in the face of difficult questions helped his players to perform. He was the complete manager.

'I loved it, I loved it,' says his former midfield enforcer, Patrick Vieira, with a huge grin and then with the serious expression he took onto the field: 'When the manager is defending you, you will die for him.' 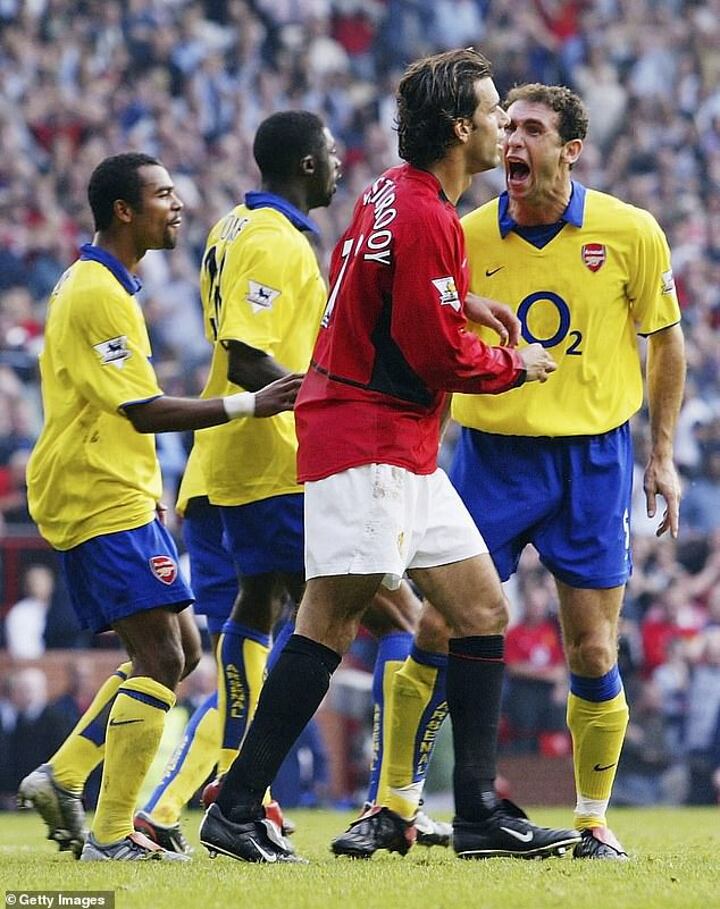 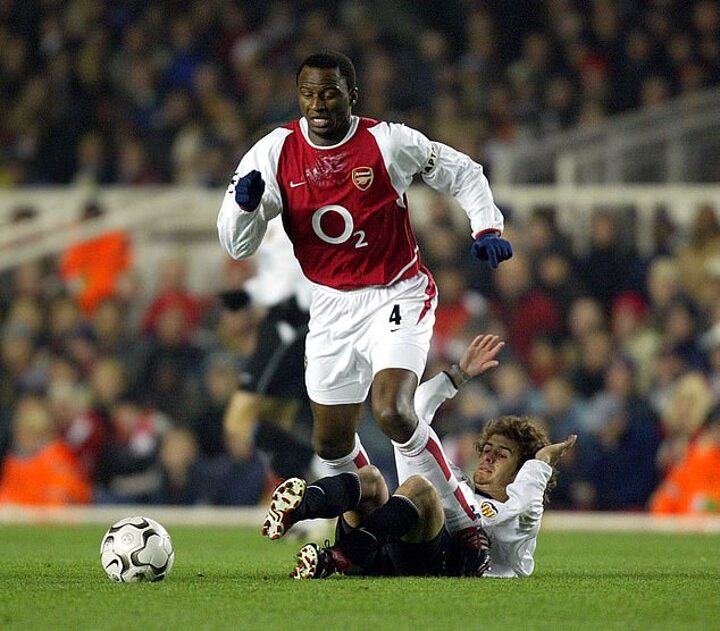 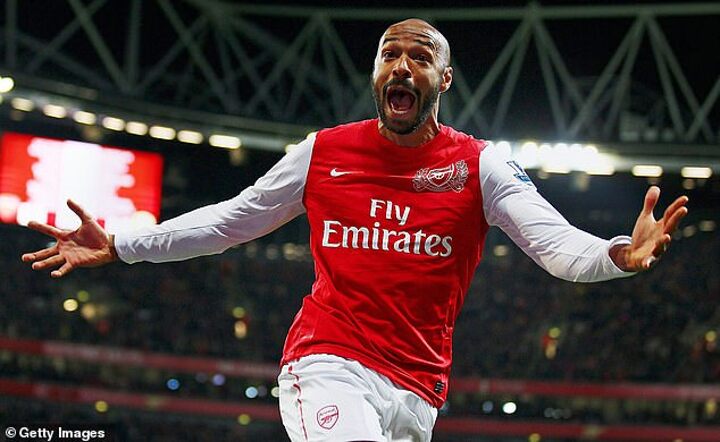 Football has always been a results-driven business, but Wenger is unrepentant over a his devotion to a style that did not always produce results that matched the club's - and especially the fans' - ambitions.

'We want to discover something more of what football can give you,' Wenger reflects as the trailer closes. 'To transform it into art.'

Following his exit from Arsenal, Wenger is continuing to try and transform the game in his new role as FIFA's head of global development.

His plans have, however, received strong opposition from many players, fans and other governing bodies such as UEFA.

Arsene Wenger: Invincible will be in cinemas from November 11, and on Amazon Prime Video on November22. It is available to pre-order now: amzn.to/3Bqxnm8