Kylian Mbappe is the man of the moment, having scored twice in Paris Saint-Germain's 3-2 quarter-final win at Bayern Munich after his four goals against Barcelona in the previous rounds carried the French champions to the Champions League's final eight. 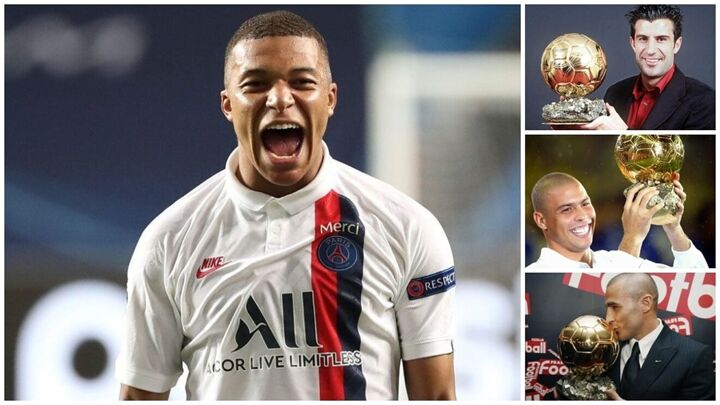 We all know that the destination of the Ballon d'Or is determined by nights like these, so Mbappe's performances on Europe's biggest stage have made him a frontrunner for the 2021 prize. If he can lead PSG even further in the tournament, and star for France at this summer's European Championship too, then Mbappe has to be a favourite for the award.

The organisers, France Football, would love to have a French winner, something that hasn't happened since Zinedine Zidane was the best player in the world in 1998. That year's Ballon d'Or was given to Zidane on December 22, two days after Mbappe was born.

A Ballon d'Or for PSG... or Real Madrid?

If Mbappe is awarded with the 2021 Ballon d'Or, a big question mark will be over which stadium he'll present it in.

With Josep Pedrerol reporting on Wednesday night that he expects the French forward to be a Real Madrid player in 2021/22, he might be presenting the golden trophy to a crowd at the Estadio Santiago Bernabeu and not the Parc des Princes.

If Mbappe does join Real Madrid this summer and then go on to win the Ballon d'Or, he won't be the first to have done this.

Back in 2000, Florentino Perez started his presidency by prizing Luis Figo away from Barcelona when the Portuguese winger was widely considered the best player in the world. The Ballon d'Or voters agreed and Figo was awarded the individual award in December of that year, a year he had started wearing blue and red and finished in white.

In 2002, it was a similar story with Ronaldo Nazario. He joined Real Madrid from Inter in the same summer as his excellent World Cup campaign. He also won the Ballon d'Or for a calendar year in which he had represented two clubs.

It happened again in 2006, when Fabio Cannavaro was brought to the Bernabeu after his own World Cup success, joining from Juventus and being awarded with that year's Ballon d'Or.

Real Madrid have also signed players who finished on the Ballon d'Or podium in the year that they switched clubs, with Raymond Kopa coming third after moving from Reims to Real Madrid in 1956 and Cristiano Ronaldo finishing second after his 2009 transfer from Manchester United.

Mbappe will surely be on this year's Ballon d'Or podium and has a great chance to win the award. But, will he do so as a Real Madrid player?