Callum Wilson is determined to stake his claim as England's first-choice forward ahead of a Euro 2020 qualifier against Czech Republic. 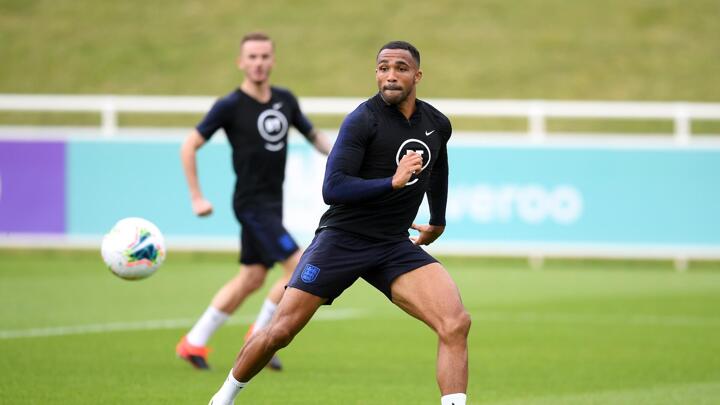 The 27-year-old, however, faces the tough task of dislodging Tottenham star Harry Kane up front in Gareth Southgate's side.

While not keen to kick Kane out of the side, Wilson is ready to make his mark in whatever way he can.

“Harry is a great player, I’m not saying I want to kick him out of the team but with injuries and things that happen along the way, you have to be ready to grasp the opportunity – whether it is one minute, 20 minutes or from the opening whistle," Wilson said.

"It’s not just thinking: ‘Harry is going to play.’

"I like to think I can make an impact. In Cup games, I tend to come on for Bournemouth as a sub and you get quite a few goals from that. Defences get a bit tired, you run in behind and that’s the last thing they want to be up against. It has its pros and cons.

"No professional footballer will say they want to be on the bench. I keep working hard at club level to try to eventually get a starting place.”

Though ready to provide fresh competition for Kane's spot in the England team, Wilson has been taking pointers from the Spurs striker.

"You watch how clinical Harry is in training, in the finishing sessions and there is no laughing and joking, just pure concentration," he said.

"Sometimes in club football – and I’ve been guilty of this myself – you’ll be doing a finishing session but having a bit of banter with the lads; having competition, laughing and joking at people missing but in a game, that is not what happens.

"You have to be focused. Harry is in that frame of mind and I have taken that into my own training at Bournemouth. When I’m working on my finishing there is no need to be laughing and joking. You can have banter in the changing room."