Benjamin Mendy has warned that Real Madrid must not be written off despite Manchester City's first-leg victory in Spain in their Champions League last-16 clash. 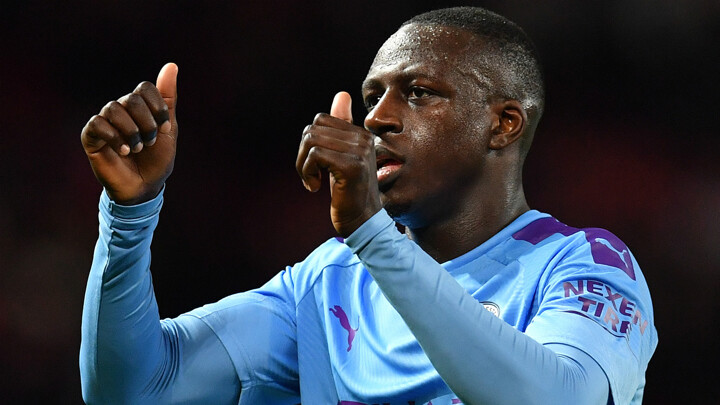 The Premier League champions won 2-1 at the Santiago Bernabeu in February with Pep Guardiola's side bidding to win the trophy for the first time in the club's history.

The return leg was delayed when the coronavirus pandemic shut down the majority of European football in March, but it's hoped the competition could return in August.

Mendy has no doubts his team-mates will be ready if the competition gets back up and running.

“I know that in the minds of every player, they know that just because we won there does not mean that it is finished or that we are qualified," the French defender said.

"It is not every day that you go to somewhere like the Bernabeu and perform like that in the Champions League.

"We have an opportunity to go far in this cup and we want it, so everybody wakes up, works out, stays focused on the target for when they say we can come back. We don’t have the Champions League yet so it is the dream.”

Mendy was back at the Etihad Campus this week for the first time in two months although he has been working hard in isolation to maintain his fitness.

The 25-year-old missed much of the previous two seasons with serious knee injuries and he admits he is desperate to get back on the pitch.

"When? We don’t know, we can’t decide anything, we need to follow the club. I think all of us firstly want to protect the people and then if we can play then why not? We will wait and see.”

Mendy is a notoriously lively character in the dressing room and admitted he founded lockdown tough until he discovered a new hobby.

"First of all, I was just working out and training, but then I wanted to learn some new stuff as well so I started painting and I like it now," he added.

"Some of my family bought me some stuff to make cooking easier, it helps to learn, and it has been nice. I try to keep busy and do some new stuff."