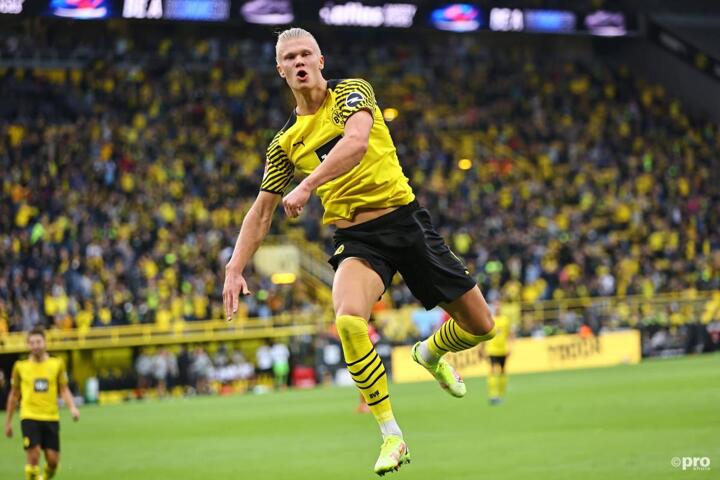 The Norwegian striker is one of the most prolific strikers in Europe and has emerged as the hottest property on the transfer market.

Most major sides on the continent have been linked with Haaland at one point over the past 12 months, including Liverpool, Man City, Manchester United, Chelsea, Bayern Munich, Juventus, Real Madrid and Paris Saint-Germain.

Due to the Premier League's financial might, Haaland has been tipped to make the move to England.

His father, Alf-Inge Haaland, played with Man City in his career, while the Premier League champions are known to be looking for a new centre-forward.

FOOTBALLTRANSFERS' MOST VALUABLE PLAYERS IN THE WORLD

Pep Guardiola is rigorous in the implementation of his preferred system, however, with players often switching positions up front. At the moment, they regularly play without a recognised centre-forward or traditional number nine.

For that reason, Ferdinand reckons Liverpool would suit Haaland better.

"I think he suits other teams better [than Man City]," Ferdinand said on BT Sport.

"If I was Liverpool I would take him right now.

"You see Jack Grealish has gone to Man City, [he is a] top player, brilliant player, we all love watching him, but it’s quite hard to adapt and get into that team.

"Not many players go there and adapt immediately."

Ferdinand's opinion is in contrast to that of former Liverpool star Michael Owen, who reckons Haaland's arrival would upset the performances of Mohamed Salah.

"When Liverpool are at their best they leave a hole up front in the centre.

"[Roberto] Firmino or [Diogo] Jota will come off [for] those runs inside. I’m not sure Salah would get as many goals if Haaland was in the team.

"It’s an unbelievable prospect but I would’ve thought that Manchester City would be the likeliest.

"I’m not sure if there is a bit of bad blood between Haaland, his agent, obviously his dad playing against Roy Keane at Manchester United.

"I’m not sure Manchester United would fit. [Romelu] Lukaku has just gone to Chelsea and I’m not sure if would fit at Liverpool. Personally I think Man City."

Could Haaland move to Liverpool?

Haaland allegedly has a release clause in his current contract at Borussia Dortmund which will allow him to leave for €75 million in the upcoming summer transfer window.

His likely fee will mean that only a handful of clubs can afford him, of which Liverpool is one.

The Reds' status as one of the biggest clubs in the world both historically and currently means that they are in with a real shout of landing Haaland.

However, they will likely have to break their wage structure in order to sign the Norwegian star.

At the moment, they are mulling over whether to bow to the contract demands of Mohamed Salah, who has been in sparkling form this campaign.

If Haaland was to sign, he could command wages close to what Salah wants.