Former Arsenal midfielder Jack Wilshere opened up on his views regarding the Gunners' midfield reinforcements. The England international, who currently plies his trade at Danish club Aarhus, provided his opinion on midfielders Ruben Neves and Youri Tielemans. 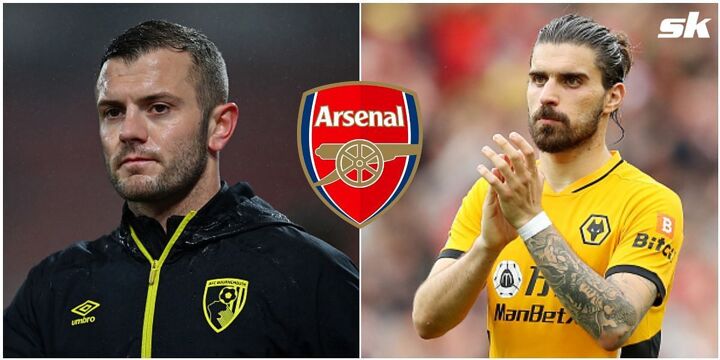 Wilshere claimed that Neves would be an excellent signing for the Gunners thanks to his all-round game. The 30-year-old said that the Portuguese international would be an eight out of ten signing for his former club. Wilshere told The Mirror:

"I definitely think he has the quality to play for Arsenal. You can see his technical ability and the way he can pass and score from outside the box."

"Arsenal are pretty strong in midfield at the minute but he would definitely improve the squad – 8/10."

However, Wilshere has claimed that Leicester City midfielder Youri Tielemans would be a better signing in comparison to Neves. The former Gunners midfielder insisted that Tielemans will offer more than Neves going forward, which is why he would be a nine out of ten signing. He added:

"I think Neves is a more of a technician whereas with Tielemans you get a bit more drive and energy going forward. If I was going to pick one to go to Arsenal, looking at our midfield and what we could add to improve it, I'd probably go for Tielemans – 9/10."

Arsenal have been quite active in the transfer market

The London side have already started their work in the transfer market as Mikel Arteta looks determined to add more quality and depth to his side. The Gunners have already signed Marquinhos from Sao Paulo and Fabio Vieira from FC Porto. The North London giants have also tied Eddie Nketiah down with a new contract. Goalkeeper Matt Turner has also been signed from New England Revolution, as per Sky Sports.

According to transfer expert Fabrizio Romano, the team is also in advanced talks regarding the signing of Gabriel Jesus from Manchester City. Romano has also reported that the Gunners are in the race to sign Leeds United forward Raphinha.

Arteta's men narrowly missed out on the fourth spot last season and one of the key reasons behind that was their lack of squad depth as well as quality. Arteta looks determined to address these issues this summer and we could very well see a much stronger Gunners side next campaign.