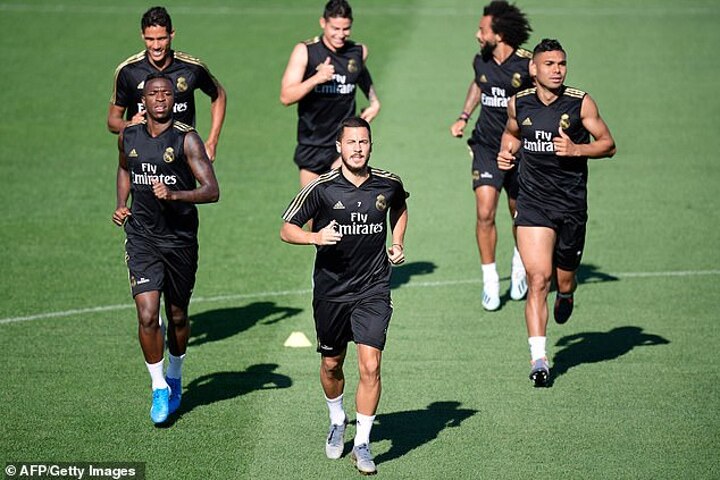 Hazard arrived in a huge £130million move from Chelsea last summer but has struggled with injuries and fitness during a poor first season at the Bernabeu.

However he has yet to even appear on the same pitch as Vinicius Junior amid Zidane's apparent claims they are incompatible as reported on the front page of Spanish daily AS.

Hazard's injury concerns may be one reason why the duo have not played alongside each other yet with the Belgian limited to just 15 appearances in all competitions in campaign that has seen him miss over two months due to a fractured foot.

Yet Zidane may also have tactical reasons to separating the pair, with their similar style of play resulting in them not having little focus on playing a defensive role.

While this may be a crucial consideration when playing a team such as Barcelona or a Champions League encounter it is perhaps less of a concern when taking on some lower league opposition in LaLiga where both their creative outlets could be seen as beneficial. 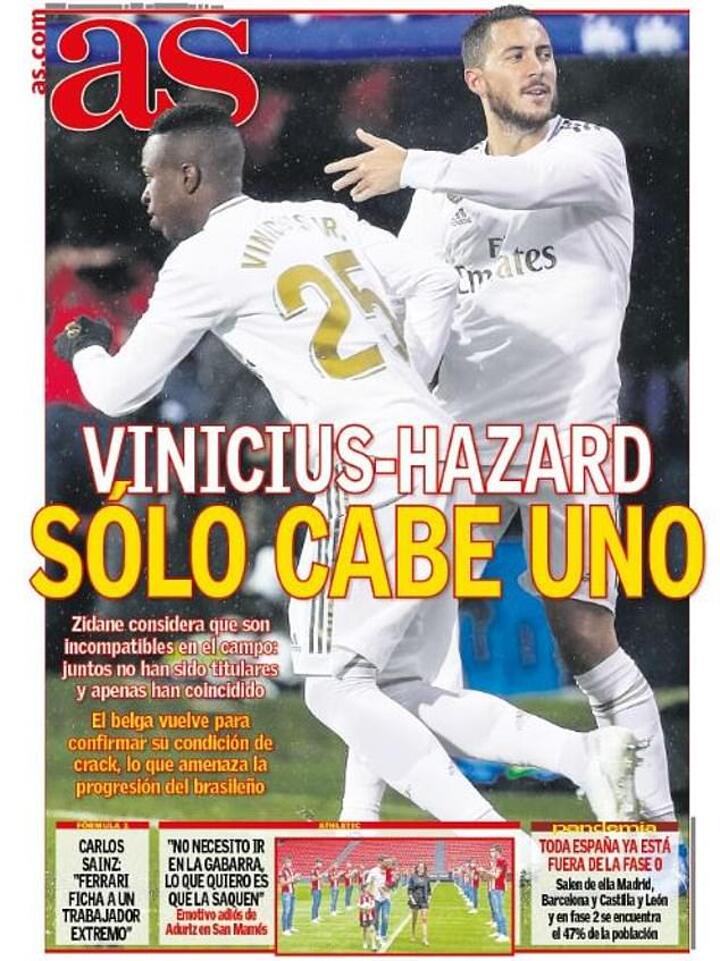 It does not look like a gamble Zidane is willing to take as the season prepares to restart and come towards it conclusion.

Madrid are currently two points off the top of the table behind Barca with 11 games to play as LiLiga hopes to resume in June following its postponement in March in response to the coronavirus crisis.

The Bernabeu outfit also remain in the Champions League albeit trail Manchester City 2-1 following a first-leg defeat in the last-16 on home soil.