Barcelona have announced their starting XI for their La Liga clash with Mallorca on Saturday, and fans are worried about the result after seeing Gerard Pique and Jordi Alba in the lineup. 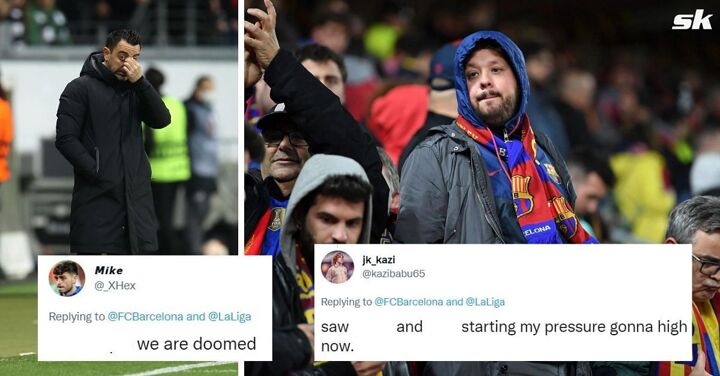 Pique and Alba are club veterans but have come under fire for poor displays in recent months, with the former even losing his place in the side following Jules Kounde and Andreas Christensen's arrivals.

Between them, the Barcelona stalwarts have made just four top-flight appearances this season. This included two starts, Pique against Cadiz and Alba against Rayo Vallecano in the season opener.

Saturday marks only their second appearance in the starting XI this season but fans aren't too happy to see them return. They instead criticized coach Xavi's decision to recall them.

One fan said the Catalans are doomed while another claimed he's not going to watch the game. Some even weighed in with funny memes. Here are some of the best Twitter reactions:

Barcelona visit the Iberostar Stadium to face Mallorca in La Liga on Saturday for their first game since the international break. They are currently placed second in the La Liga table with 16 points from six games.

Gerard Pique and Jordi Alba will go down in history as Blaugrana legends but their time at the club appears to be over, having been on the fringes this season.

Diario SPORT journalist David Bernabeu Reverter has even claimed that the Catalans don't want them at the club next season.

He also stated that Barcelona feel the duo's cycle at the club is over but are ready to pay compensation.

Pique has found himself on the bench since the arrival of Jules Kounde and Andreas Christensen. He is also behind Ronald Araujo and Eric Garcia in the pecking order.

Alba, meanwhile, has been left behind by teenager Alejandro Balde, who's had a meteoric rise to stardom. Marcos Alonso, who signed on a free transfer from Chelsea this summer, is also ahead of Alba.

Pique has made 608 appearances for the Catalan club while Alba has 433 caps with the club. Together, the defenders have won numerous trophies, including the famous treble in 2015.