Former Chelsea defender Jason Cundy has claimed that Pierre-Emerick Aubameyang would be a better fit for his former club than Cristiano Ronaldo. 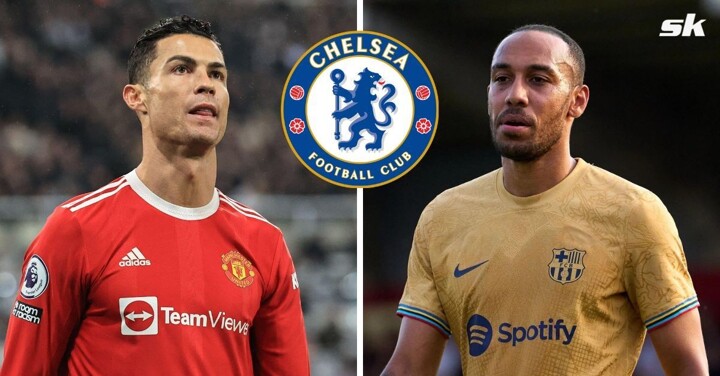 As reported by The Mirror, the Blues have registered their interest in Barcelona attacker Aubameyang, with the Blaugrana willing to listen to offers for the Gabon international.

Earlier this summer, Thomas Tuchel's side were also linked with a move for wantaway Manchester United superstar Cristiano Ronaldo.

Jason Cundy has claimed that he would rather take Aubameyang than Cristiano Ronaldo as the former Arsenal striker suits Tuchel's system.

The former Tottenham Hotspur striker has insisted that Aubameyang is expected to fall behind Robert Lewandowski at Barcelona following the Pole's move to Camp Nou this summer.

“Of the ones that are available, Aubameyang is not the worst, for me. Lewandowski has rocked up at Barcelona."

"Lewandowski’s getting in ahead of Aubameyang, that’s a no-brainer. I would absolutely have him [at Chelsea].”

Cundy has claimed that he does not see Cristiano Ronaldo fitting into Tuchel's system and would be happy if the Blues sign Aubameyang instead. He added:

“I’d rather have Aubameyang. I would."

“Under Tuchel I just can’t see how Ronaldo would fit in. I can’t see how Tuchel would work with Ronaldo, it just doesn’t make sense with the way that he wants to play."

“Aubameyang would be a better fit up top for Chelsea than Ronaldo would be.”

Would Aubameyang be a better signing for Chelsea than Cristiano Ronaldo?

Chelsea's striker curse seems to be a never-ending torment. The Blues struggled for goals last season, especially in the closing stages of the season.

The west London outfit have not signed a striker this summer and have let their club-record signing Romelu Lukaku rejoin Inter Milan on loan. It is quite evident that they could benefit from signing a proven goalscorer, and either Aubameyang or Ronaldo could be the solution.

Aubameyang is more than four years younger than Ronaldo and has prior experience playing under Tuchel at Borussia Dortmund. In fact, he had the best spell of his entire career under the German, scoring 79 times and providing 17 assists in 95 games.

The former Arsenal hitman could be a decent stop-gap for the Blues, while Tuchel could seek a long-term option.