Paris Saint-Germain (PSG) midfielder Ander Herrera has revealed why he believes Kylian Mbappe turned down Real Madrid in favour of staying at the Parc des Princes. 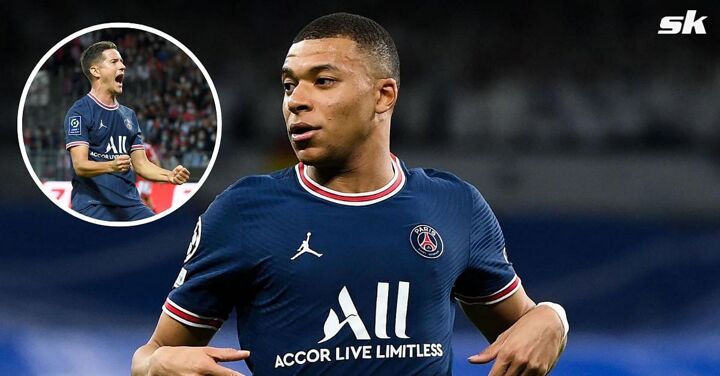 The 23-year-old superstar ended months of speculation by signing a new three-year deal at the Ligue 1 champions. The Sun reports that the World Cup winner will earn around £500 million through his new deal.

Mbappe has become one of the world's best players during his five seasons at PSG. His last-minute decision to sign a contract extension with his hometown club enraged La Liga.

Herrera has found first-team opportunities hard to come by since joining the Parisiens from Manchester United in 2019. He was asked by AS why he feels Mbappe decided to turn down Real Madrid's offer. The Spain international replied:

“We were not surprised by the decision, we were surprised by the timing. We thought it would be a week or 10 days later. We are very happy to be able to enjoy what will possibly be the best player of the next ten years."

"I think that at Madrid he was going to be one of the best players in their history for sure, and at PSG, he could be the best player in the history of the club.”

Ander Herrera confirms he will stay at PSG

The tenacious 32-year-old midfielder is far from being first-choice at the Ligue 1 champions. He has made 28 appearances last season while starting less than a third of their league encounters.

When asked if he would remain in the French capital as a player, the former Manchester United stated:

"Yes, I've been three years and I'm happy. I think it is a project that we still need the icing on the cake as everyone knows. As demanding as I am of myself, I want to continue and enjoy a growing club surrounded by the best footballers in the universe. I like the day-to-day, the city and my colleagues. My family is happy and I want to continue."

Herrera has suffered numerous injury issues since his arrival at the Qatari-owned club. When asked to review his most recent campaign, he stated:

"Until January, it was one of the best seasons of my career, if not the best. From that time on, everything changed. A small hamstring injury came and then an eye problem that kept me out for two and a half months, which I don't know how it originated."

"It started as conjunctivitis and got worse, I even infected my family and it was quite an annoying few months."