One of Joan Laporta's top priorities right now is to tie down Barcelona's young stars on longer and more lucrative contracts to secure their futures at the club and Ansu Fati is high on that list. 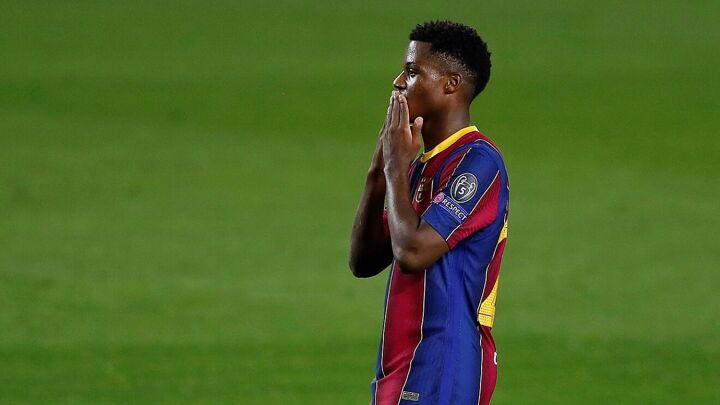 The president is stepping up talks with several players right now, including Pedri and Gavi, as well as Ansu Fati, whose agent, Jorge Mendes has jetted into Barcelona for talks.

Ansu Fati's current contract expires at the end of the season and, although the club have an option to extend that by two years, Laporta wants to sit down with Mendes and discuss a new deal.

Much like as is the case with Pedri - who is in a similar contractual position - the idea is to give Ansu Fati new terms which reflect his unexpected importance in the team, while extending his commitment to the club and increasing his buyout clause.

The player himself, despite recently changing agents, is happy at Barcelona and only interested in staying where he is. After breaking through in 2019/20 under Valverde, his rise to becoming a key player for Blaugrana and a Spanish international has been rapid.

Still only 18-years-old, it is telling that he has inherited the iconic No.10 jersey from Lionel Messi. In the Argentine's absence, even more will be expected of Fati going forward and his new contract is another indication that he will play a big part in Barcelona's future.

With both sides willing and keen to come to an agreement, Barcelona hope that an official announcement won't be far away.