Celta Vigo will celebrate salvation in LaLiga Santander in the final matchday of the season, with Iago Aspas claiming that the team are fortunate considering their state of affairs just a month and a half ago. 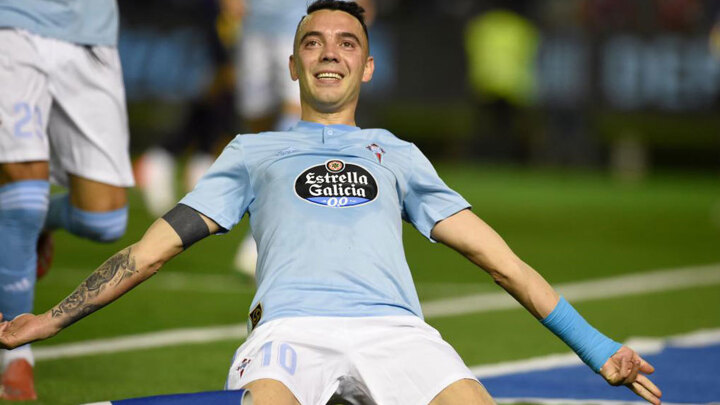 The Galician club dropped into the relegation zone after their superstar's lengthy injury, but following his comeback they are one step away from securing their survival, though admittedly their safety is basically confirmed as Girona would rely on a series of unlikely events in order to remain in the first division.

"After [the situation we were in] in the last few months, we would all have signed to be where we are going into the last matchday of the season," Aspas said at the press conference prior the game against Rayo Vallecano.

"We were in a difficult situation and we have to be proud, while we have to face the game against Rayo [with a good mindset] as this is our last game played at home [this season].

"For me [this campaign] is a failure because we didn't finish where we should have.

"I said three years ago when we played in the Europa League that I would like to fight again [to be in Europe], otherwise for me it is a failure.

"[We have] a squad with a lot of young players and there were a lot of changes compared to last year, and a lot of coaching changes.

"When all these three things happen, something has not gone well and it's the players who suffer."

The former Liverpool forward remains the Spanish player with the most goals in LaLiga Santander and, as such, is the favourite to win the Zarra Trophy as he is one goal above Espanyol's Borja Iglesias.

"Since I came back from the injury, I set [the Zarra Trophy] as a target, obviously after [securing] safety" he added.

"Now it's a little bit closer and I have to score some more goals to clinch it.

"With Borja [Iglesias, a former Celta striker], I have a very good relationship as I talked to him three weeks ago but not about this."