Barcelona manager Xavi insists Frenkie de Jong is still a 'key player' for the club despite interest from Manchester United in his signature. 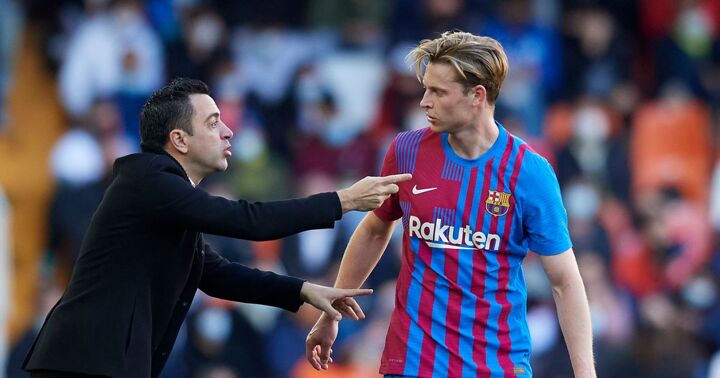 The Manchester Evening News revealed earlier this week United are weighing up a possible deal for De Jong and are aiming to sign another midfielder in the summer transfer window.

Erik ten Hag coached De Jong during his time at Ajax and it is understood the incoming United manager has already reached out to the player's agent, Ali Dursun, to gauge whether he would be receptive to an Old Trafford move. Dursun has also represented Donny van de Beek since October.

De Jong is contracted to Barcelona until 2026, but the Catalan club could be forced to cash-in on a number of players this summer due to financial disarray at the club.

Barcelona signed De Jong for £65million three years ago and, despite their debt of £1.2bn, would be reluctant to take a loss on a mid-20s international who came through the Ajax academy.

Despite the interest, Xavi insists De Jong is still a key part of his plans, though he also acknowledged the precarious financial position of the La Liga club.

“I have said many times that Frenkie is very important. He's a key player," the Barcelona manager stated at a press conference.

"Then there is also the financial situation of the club and it has to be decided. I'm not talking about Frenkie, in general."