Barcelona have made it clear; they're taking no risks with Lionel Messi's fitness. 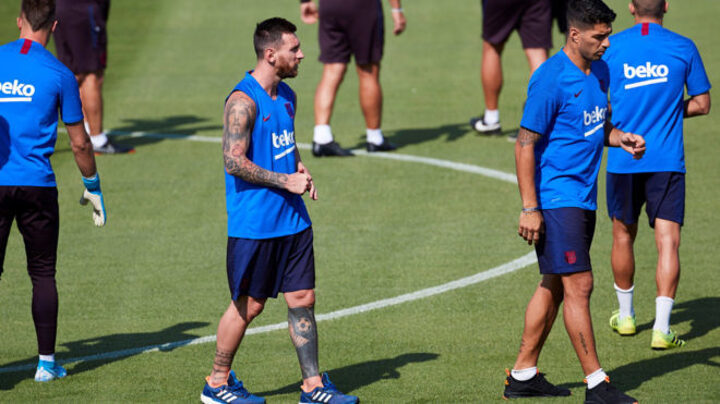 The Blaugrana captain didn't train with the rest of the squad on Wednesday morning and this has raised more doubts over whether he'll be fit to face Valencia on Saturday.

Barcelona won't allow the forward to rush his recovery from a calf injury and they'll wait patiently for him to be 100 percent ready.

The Catalan club know they've had a difficult start to the season without Messi, but there is plenty of time to make up ground on the leaders in LaLiga Santander.

Winning the Champions League is their main objective anyway.

With Borussia Dortmund to come in the Champions League next Tuesday, Barcelona are prepared to rest Messi against Valencia this weekend.

In fact, the last game Messi played for Barcelona was the Copa del Rey final against Valencia on May 25.

The last time he played a football match was for Argentina at the Copa America on July 6.