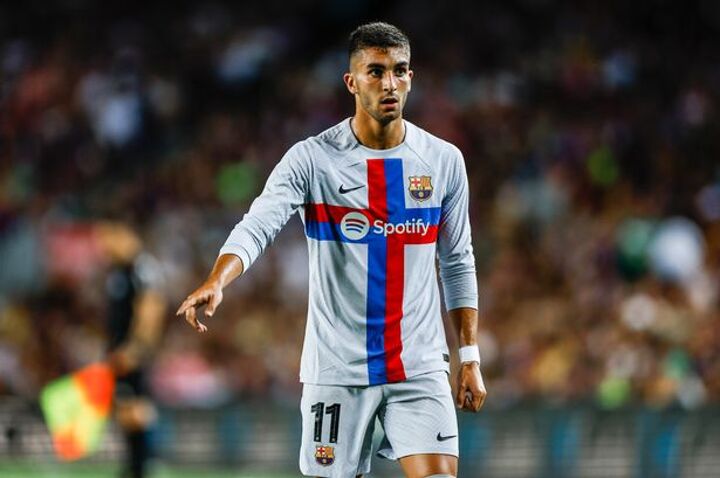 The 22-year-old left the Etihad Stadium to join the Catalan giants midway through the 2021/22 campaign for a fee of £48.4m - with his move to Spain coming amid a period of financial turmoil for the Blaugrana. The Spaniard made a total of 43 appearances for City, registering 16 goals and four assists.

According to CCMA, Barcelona have paid just £2.6m of the transfer fee they agreed with City, despite the La Liga club spending a reported £131m in the recent transfer window on Raphinha, Jules Kounde, Andreas Christensen, Robert Lewandowski, Hector Bellerin and Marcos Alonso.

Torres has fallen down the pecking order under Xavi, with the former City man starting just two of Barcelona's six La Liga matches this season, while he is also yet to register a goal or an assist in the league.

Elsewhere, SPORT are reporting that City are determined to beat Barcelona to the signing of 21-year-old attacker Daniel Ruiz.

It is thought that the Spanish side are keen on a move for the youngster, who is currently playing for Millonarios FC in the Liga Dimayor. However, Pep Guardiola is also said to be interested in the player.

Ruiz enjoyed an impressive 2021/22 campaign, scoring eight goals and grabbing 11 assists in 45 matches. Borussia Dortmund are also named as potential suitors in the report by SPORT.

Scouts from City and Dortmund were in attendance to watch Ruiz in Millonarios' 1-0 defeat to Junior FC in the Copa Colombia final first leg on Thursday.