Barcelona will bring their pre-season to a conclusion at the Camp Nou as they welcome Liga MX side Pumas UNAM for the Joan Gamper Trophy on Sunday. 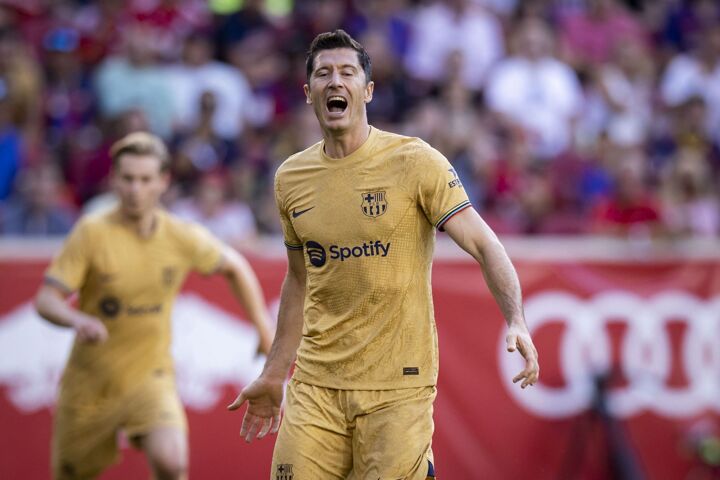 The fixture is an annual exhibition game held every year just before the commencement of the La Liga campaign for Barcelona. Juventus were the opponents for the Catalans last season in a game that ended in a 3-0 win for Barcelona.

Pumas are only the second Mexican team invited to take part in this game since Leon in 2014. The game ended in a 6-0 win for the La Liga giants. Pumas have enjoyed an unbeaten start to their Liga MX campaign but have picked up just one win in six league games thus far.

Dani Alves' return to the Camp Nou for the first time since his release, and the appearance of Robert Lewandowski in the coveted No 9 jersey will be some of the highlights of the game.

The two teams will be meeting for just the second time on Sunday. They met in a friendly fixture in 1963, with Barcelona recording a 6-1 win.

There are no reported injuries for Blaugrana ahead of the game and Xavi is expected to field a strong starting XI for the encounter. Robert Lewandowski is expected to lead the lineup while Raphinha might also get to start in this game.

Jorge Ruvalcaba was injured in Pumas' game against Pachuca and is not match fit at the moment. He has traveled with the squad to Barcelona but is expected to play no part in the match.

Barcelona have been in decent form during the pre-season and in their first game at the Camp Nou this pre-season, they are strong favorites. Pumas have made a long trip to Barcelona and, as they are not used to playing in the Spanish climate, they might struggle here.

Given Barca's solid record in the competition and home advantage, an easy win seems to be on the cards for Xavi's men.