Off-the-field controversy continues at Camp Nou as Arthur Melo has refused to return to training with Barcelona, sparking president Josep Maria Bartomeu to hit out at the midfielder. 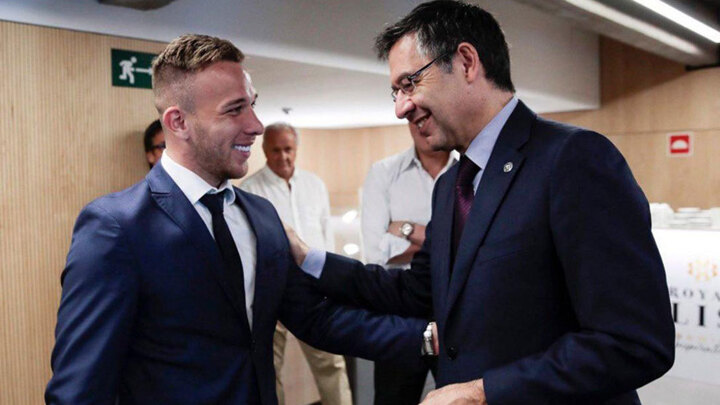 The Brazilian is said to feel frustrated by his treatment since agreeing to leave the club this summer, but Bartomeu has promised to sanction the player for his behaviour.

"It's unacceptable, it's an act of indiscipline because there is no reason to justify not coming back with his teammates now that we will play the Champions League," Bartomeu told Sport.

"There will be a type of sanction and fine.

"He hasn't given a reason, he said it's his decision, that he's in Brazil and he won't come back."

Arthur will join Juventus at the end of the season with Miralem Pjanic moving the other way.