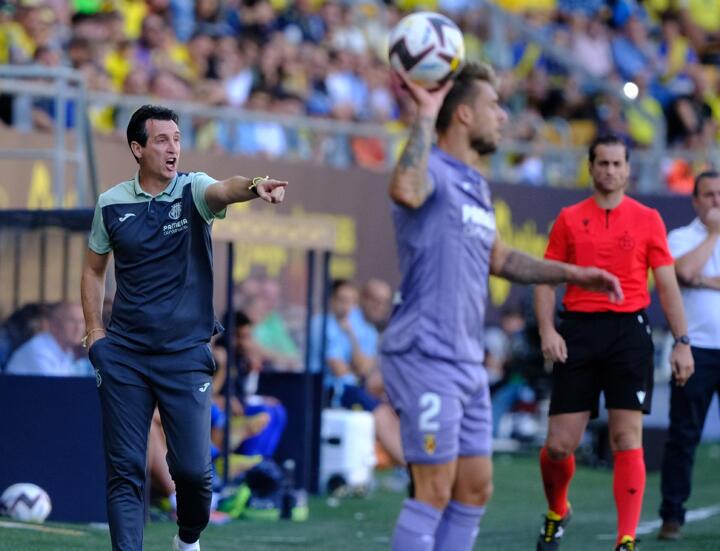 Villarreal had ignited hopes that this would finally be the season in which they would finally push for the top four in La Liga, but once again their results against those involved in the relegation battle are proving problematic.

In the derby of the Yellow Submarines, Unai Emery’s side travelled to Cadiz in a hot lunchtime fixture in Andalusia. His team looked the fresher in the first half, taking advantage of several holes in the Cadiz defence to bear down on Conan Ledesma.

The eventual man of the match, Ledesma was equal to everything Villarreal through at him, which was plenty. Giovani Lo Celso perhaps passed up the best opportunity of the game, whipping his shot the wrong side of the post late in the first half.

In the final stages, as it became clear that Villarreal were tired of missing chances, Cadiz grew into the game and threatened to make the result even worse for Emery.

Suddenly in the stoppage time, Arnaut Danjuma escaped in behind for one last time, but Iza Carcelen hauled him back on the edge of the box. The result was a red card – for him, it meant ensuring the result was a draw though. He was duly applauded off by both his teammates and his fans.

Once again Villarreal fans are left dazed and confused at the lack of edge to their team. Sergio Gonzalez will have been content with the fight shown by his own submarine; both ending afloat but far from threatening.

Should Emery struggle to put together a challenge for the top four, he may find himself under pressure. His deal expires next summer and in the pre-match press conference, he confirmed he had not spoken to the club about a renewal to Diario AS.