Liverpool striker Darwin Nunez was subjected to mocking chants from Brighton & Hove Albion fans as the two sides clashed in the Premier League. 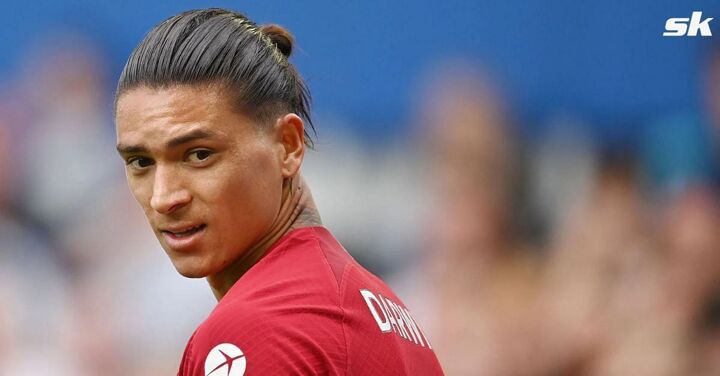 Leandro Trossard gave the visitors a commanding advantage with a first-half brace. However, Roberto Firmino managed a brace for himself to bring the Reds back level.

An own goal from Adam Webster allowed the Kops to go ahead and it looked like they might secure three points. However, Trossard equalized in the 83rd minute to complete his hat-trick to salvage a point on the road for his team.

In doing so, he achieved an astounding feat. He became the third opposition player to score a hat-trick at the historic Anfield.

Darwin Nunez, who was signed by the Reds at the start of the season from Benfica for a fee of £64 million, was subbed on in the 89th minute in place of Thiago.

The Uruguayan has struggled to get going under Jurgen Klopp so far this season. Brighton fans referred to the Liverpool striker as a poor version of Andy Carroll as they chanted:

Carroll was signed by the Reds on the transfer deadline day of the 2011 winter window for a fee of £35 million from Newcastle United. The striker scored 11 goals and provided six assists for the Reds before eventually leaving for West Ham United.

Nunez arrived in the summer transfer window with a lot of hype behind him. Forty-eight goals and 16 assists in only 85 games for Benfica gave the Kops high hopes about the player.

Nunez, however, is yet to impress, managing only two goals and one assist in nine games across all competitions so far this season. 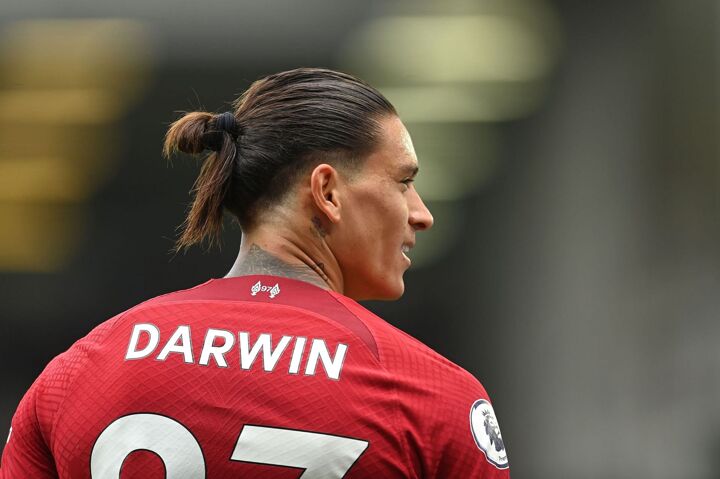 Many were shocked when Jurgen Klopp decided not to include Darwin Nunez in Liverpool's starting lineup against Brighton.

However, the German tactician explained that the player had just returned from international duty and the medical team asked him not to start the Uruguayan.

The same applied to Diogo Jota, who found himself on the scoresheet during the international break for Portugal.

Here's what Klopp said (via mirror.co.uk):

"Darwin (Nunez) and Diogo (Jota) came home with little things [from international duty], and the medical department asked me not to start them. That's how it works sometimes. They are probably able to come on, but we have to wait and see."