Eduardo Camavinga has discussed about his adaptation at Real Madrid following his move from Rennes last summer on deadline day. 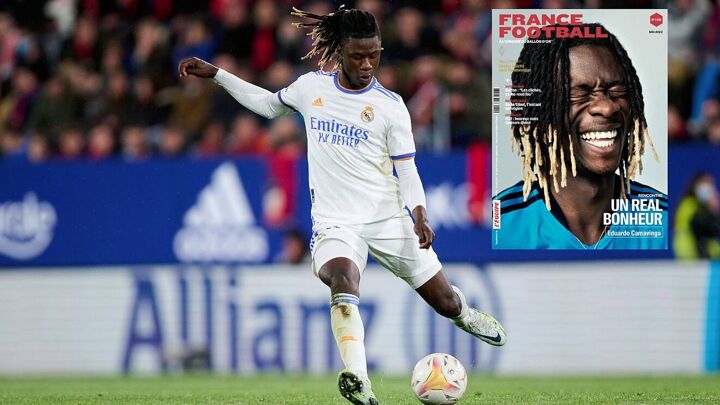 The France international praised his teammate David Alaba, who signed for Los Blancos last summer too, and stressed that the two players maintain a good relationship.

"He's as good a guy as they say," Camavinga told France Football.

"He's someone who talks to you and helps you a lot. We have a very good relationship. If I do something wrong, he will let me know firmly.

"Honestly, they all made me feel comfortable, without exception. I think I'm quite friendly and open. When I have a question, I'll ask it.

"Whether it's Toni [Kroos], Luka [Modric] or others. And of course, when you go to people, they come to you more easily. It's a real opportunity to learn the trade with these players.

"[Real Madrid] are the biggest club in the world, eh! Everything is going faster on the pitch, in your development, everywhere. But it's like all jobs, in fact. If you're in a great environment and you feel at home there, you progress quickly."

The Frenchman hailed Modric and went on to reveal the advice that he was given by Real Madrid's experienced midfielder Casemiro.

"Luka, he has an instinct, a vision," noted Camavinga.

"He is not a Ballon d'Or [winner] for no reason. He throws passes to you with the outside of his boot, pff... If I try those things, I'll break my ankle. He attacks as much as he defends, so I'm inspired by the way he moves.

"When I play as a '6', [Casemiro] tells me to stay calm. And, above all, not to get a yellow card too early so I don't have to change my game afterwards."

Camavinga also recalled his surprise on the high level of training at Real Madrid in his first session with his new teammates.

"For my first group session, I said to myself: 'Eduardo, try not to stay too long in the middle of the rondo'," he remembered.

"But I'll tell you, I didn't succeed. I was a bit surprised at the speed at which they were going."