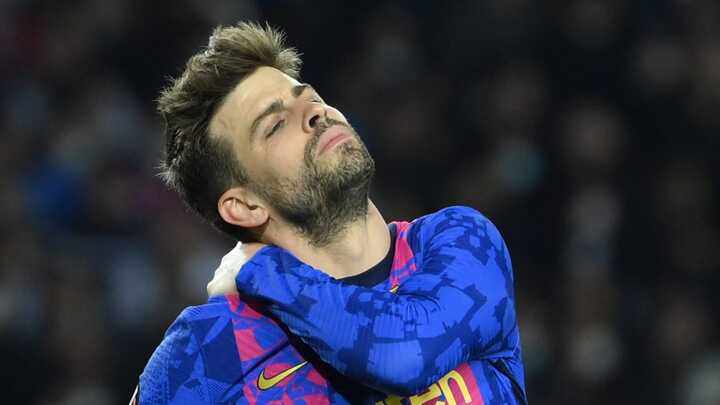 Gerard Pique has revealed the extent of the damage that the rivalry between Real Madrid and Barcelona during Jose Mourinho's spell in the Spanish capital had on the players.

The Portuguse coach took over at the Santiago Bernabeu in 2010 and his team's battles with Pep Guardiola's Barcelona became more intense.

Pique has revealed that the atmosphere poisoned things between players on both sides, as Spain team-mate and Madrid star Iker Casillas stopped speaking to him.

What did Pique say about the rivalry between Barcelona and Real Madrid?

He told the Overlap podcast: “Since he arrived, he knew that on the pitch they were weaker than us.

"We had a better team for sure, and even the relationships between players.

“I remember going to the national team and after those games it was tough because Mourinho goes to the mind of the player and he says: ‘These guys hate you’, then you believe that.

“I was in the dressing room of the national team and went to Iker Casillas: ‘Hey Iker’, and the guy did not talk to me.

“At that time I did not know, but it was the coach he really knows how to go into the mind.”

Pique believes that the intensity of the Clasico rivalry played a factor in Guardiola's decision to leave the club, saying:

"We were winning everything at the time and I remember that the first time Mourinho came to Camp Nou he lost 5-0 against us.

"It was a shock of reality that these guys are going hard, but in the press conferences every time he was, you know his style, and I think that for Guardiola at some point it was too much.

"It was more important sometimes what happened off the pitch than on the pitch.

“Guardiola left. Madrid won the league that year and all of a sudden he decided to leave for so many reasons, but I am sure part of it was because with Mourinho it got too much.”