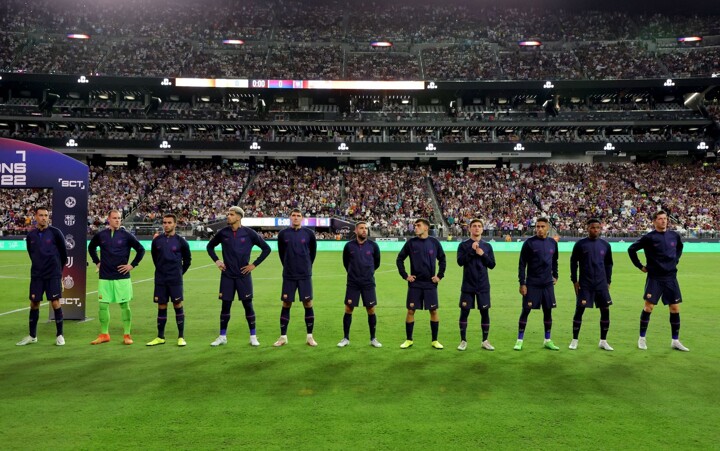 Barcelona started the season poorly, sacking Ronald Koeman after awful displays and replacing him with Xavi. However even he couldn’t prevent the Blaugrana from falling in the Europa League. They crashed out in the quarter-finals and only secured a Champions League spot towards the end of last season.

Both clubs have added some form of recruitment to their squad, with Barcelona adding more in Robert Lewandowski, Raphinha, Jules Kounde for €158 million and Franck Kessie and Andreas Cristensen for free.

Their rivals Real Madrid signed Aurelien Tchouameni for €80 million from Monaco and Antonio Rudiger for free and are in the market in search of a back-up to Karim Benzema.

As the new La Liga season gets closer, we compare both sides' squads and who will likely win the league this season.

Thibaut Courtois was unplayable at times for Los Blancos. Courtois' Man of the Match performance in the Champions League was one of many great moments for him.

His 78.1 percent saves per 90 minutes put him in the the 97th percentile. The Belgian shot-stopper conceded 0.87 goals per 90 and recorded a 42.5 percent (93rd percentile) clean sheet rate last season.

On the other hand, Marc-Andre ter Stegen has lost form in recent seasons. He is error prone and often cost Barcelona in games.

Ter Stegen conceded 1.09 goals per 90, and had a clean sheet rate of 31.9 percent. This shows how poor he was last season. 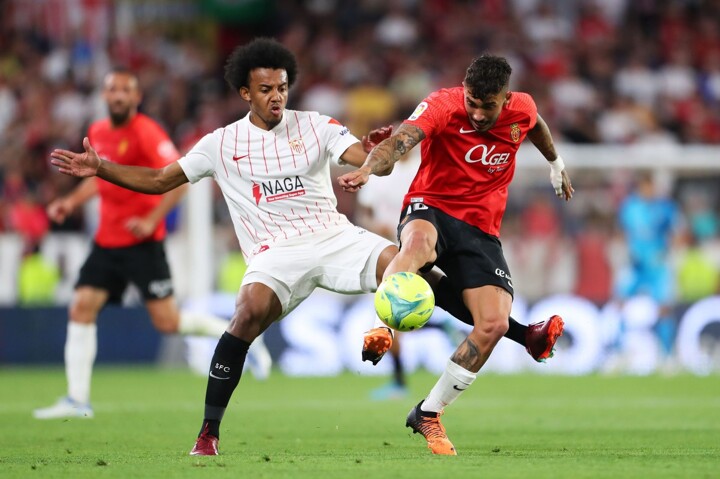 At full-back, Ferland Mendy was strong defensively and decent going forward, keeping things tidy, while Daniel Cavrajal was occasionally suspect for Real Madrid and was the weak link in defense.

Antonio Rudiger's arrival at the club only improves their defense. The Real Madrid defense kept 16 clean sheets in the league last season and conceded 31 goals.

Barcelona didn't have a consistent defensive partnership last season with most of their defenders suffering injuries during the season. Their strongest pair was Ronald Araujo and Eric Garcia. The pair complimented each other well.

The Blaugrana have used the summer window to make additions to their defense. The arrival of Jules Kounde and Andreas Christensen provides a necessary boost to the club. However, they lack a quality right-back and alternative left-back. Last season, they conceded 38 goals and kept 11 cleansheets. 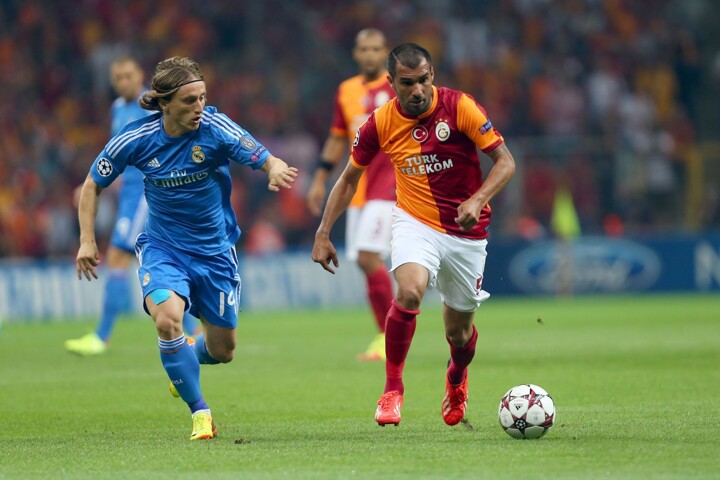 Comparing the midfield of both sides will be difficult as they both perform different functions. The Barcelona midfield is anchored by Sergi Busquets. He is tasked with recycling possession, helping in the build-up, and dictating the tempo of the game.

Busquets is flanked by Frenkie De Jong and Pedri. They are brilliant with the ball at their feet and work in tight spaces. They also possess the ability to split open defenses with light breaking passes. They work higher up the field in half-spaces.

However, Real Madrid's experienced midfield aims to get the ball forward for the winger and Benzema quickly. Casemiro is responsible for winning back possession for his side and isn't shy of getting into the opposition's final third.

He is supported by Toni Kroos, who is responsible for dictating the tempo of the club and assisting in the build-up, and Luka Modric. The Croatian is tasked with carrying the ball to the opposition's final third.

Real Madrid had the best attack in La Liga last season, scoring 80 goals. The pair of Vinicius and Benzema were unplayable last season and wreaked Havoc against the opposition's defense. On the right side, Federico Valverde and Rodrygo swapped place depending on the opposition.

Real Madrid don't have much depth in attack outside the first team with only Eden Hazard and Marco Asensio on the bench.

The Blaugrana have been busy this summer building their attack. Ousmane Dembele signed a new contract, with Raphinha and Robert Lewandowski joining for a joint €108 million. The trio can be lethal and thrive in La Liga.

With two skilled wingers and the best striker in the world, they can win La Liga. With the likes of Ansu Fati, Ferran Torres, and Pierre-Emerick Aubameyang on the bench, they have the best attack on paper.