Barcelona have a chance to save themselves in the Champions League against Bayern Munich on Wednesday, with a victory giving them a chance to qualify for the knockout round, and Ousmane Dembele is emerging as the club's great hope for the clash with Bayern Munich. 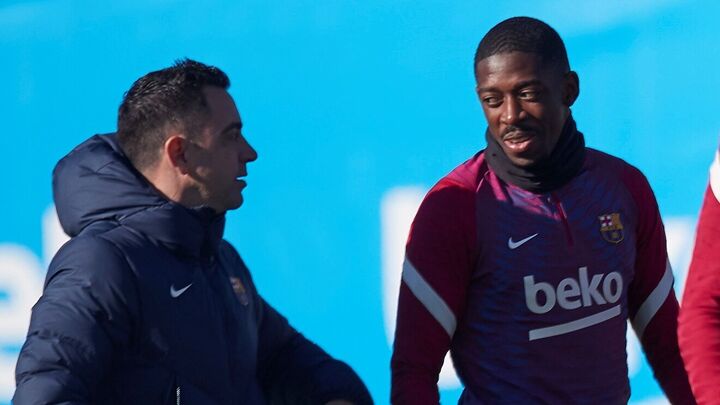 Xavi has been impressed by the French forward in his time as coach of the Catalan club, and it is clear that the Blaugrana need to vastly improve in an attacking sense.

Dembele is a player that can unbalance defences, nobody would argue against that, when he was at Dortmund he was one of the most effective wide players around in one-against-one battles, even if he has never hit those heights in Spain.

It is this level of performance that is giving Xavi hope ahead of the difficult match, having played Dembele in the last three matches.

"He is a great player and generates enthusiasm," Xavi declared.

"He is confidence, he is active, having him or not totally changes the game. We have tried to protect him due to injuries, but he can be a differential player." 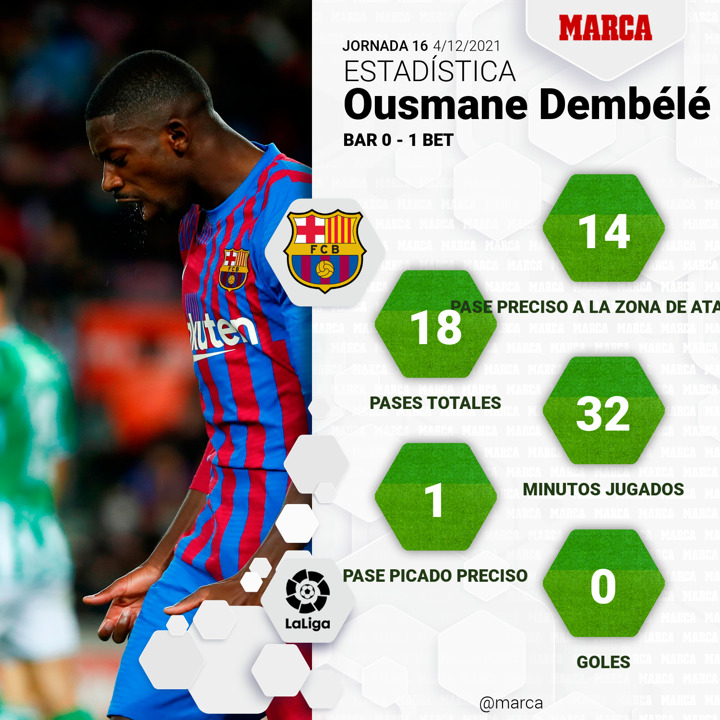 Los Cules have only scored 23 goals in 15 LaLiga Santander matches, which is their lowest return since the 2003/04 campaign, where they scored 19.

This impotent offensive output has left Barcelona in a difficult position in both the league and Champions League, and Xavi desperately needs attacking players to make a difference.

In the Champions League this term they have failed to score against Benfica in two matches and Bayern Munich in one, with Dynamo Kiev being the only team they have the net against.

Another blank will not be enough to see the team through to the next round, hence Xavi's determination to give Dembele more minutes, and there is also the small matter of trying to persuade him to stay with the club.