Barcelona forward Memphis Depay has conceded he doesn’t know what lies ahead after the World Cup with uncertainty looming over his future. 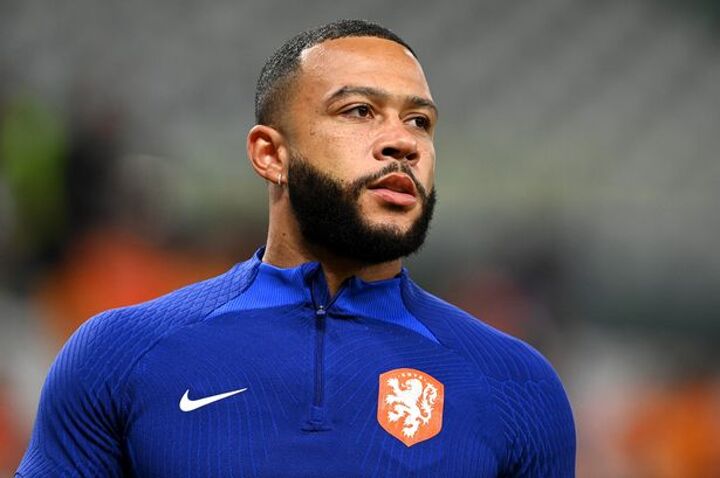 Manchester United are open to recruiting a striker in January following the exit of Cristiano Ronaldo, who mutually agreed to terminate his contract at Old Trafford on Tuesday. It leaves the club thin in forward options as things stand.

Main pick Anthony Martial has already suffered three different injuries this season while Marcus Rashford has been more prolific from the wide areas. Depay was an option for United in the summer despite his dismal first spell at the club which ended in 2017.

He scored just seven times in 53 outings for the club and later admitted he felt unhappy during his spell. After a successful four-and-a-half-year stint at Lyon, Depay made the move to Barcelona in 2021 and scored 13 times in his debut season.

He’s played just three times for his club this term due to a thigh injury, although rumours suggest his employers are willing to sanction his departure at the right price. Despite his setback, the attacker was named in Louis van Gaal’s Netherlands World Cup squad and came on in the second half of their 2-0 win over Senegal on Monday.

Speaking after the match, Depay addressed the speculation about his future. "The injury has been hard, but I'm already recovered and I'm enjoying a World Cup,” he admitted.

Commenting on his comeback after a lengthy period on the sidelines, the 28-year-old added: “I am very happy to play again. I have needed a long time to reappear.

"It hasn't been easy mentally, but I've worked hard to get there and I've played half an hour. It's a step. It's incredible to play football again.”