Alexander Hleb has admitted Manchester City manager Pep Guardiola did everything he could to help him during his spell with Barcelona and blamed his own behaviour for his failure at the club. 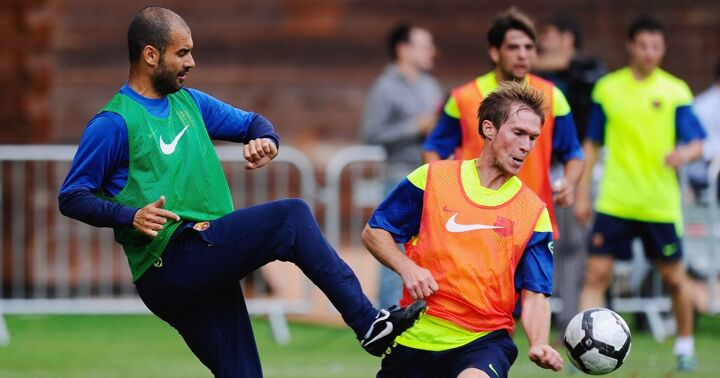 Hleb established himself as a fan favourite with Arsenal and departed for Guardiola's Barcelona in the summer of 2018 following three years with the Gunners.

Barcelona paid €15million to lure him to Spain with the playmaker penning a four-year-deal at the Nou Camp.

Just months later, due to a lack of game time, Hleb stated he would readily accept an offer to leave and join Bayern Munich.

His exit was eventually sealed after various loan spells around Europe and the ex-Belarus international admitted he behaved like a fool under Guardiola 's management.

"It was totally my fault [for not succeeding at Barcelona], not Guardiola's," he told Spanish outlet Marca .

"He did everything possible to help me quickly adapt to the country and the group, and to learn the language. I myself behaved like a fool. The group was very good.

"Training with those players was incredible, they were stars. [Xavi Hernandez] didn't make any mistakes. How is this possible?

"I made a couple of mistakes, but I have good memories from all the clubs."