Andre Onana has admitted that his future likely lies away from Ajax and has hinted that he will depart the Amsterdam club either in January or in the summer when his contract expires. 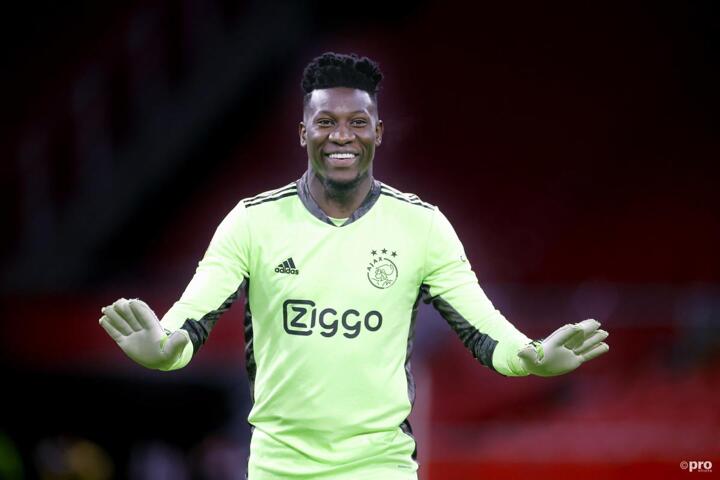 It has been a difficult period for Cameroon international goalkeeper Onana, who has just returned to the field after an extended period out due to a drugs-related ban.

Indeed, Onana only made his competitive return on Wednesday, when Ajax travelled to face Besiktas in a Champions League match. While it was effectively a dead rubber for the Eredivisie giants as they had already won Group C, it was a special occasion for their No.1.

But it could prove to be one of Onana’s final games for the club.

“When you open a door, you have to close it one day,” he explained after the Besiktas clash. “Maybe the time has come for me to go.

“I’ve done my best for this club. I’ve done everything. Sometimes I think back to the Europa League win in 2016/17 and I say to myself: ‘Wow! I’m the only one still here!’”

Where will Onana go?

Despite the controversy surrounding Onana in recent months, there are still a clutch of clubs who are reportedly interested in signing him.

Although interest from Ligue 1 side Lyon appears to have died, Onana was close to signing for the French outfit in the summer.

Instead, it is Inter who lead the race. Veteran goalkeeper Samir Handanovic is expected to depart when his contract expires in the summer, and Onana is tipped as a replacement.

Arsenal are thought to be one of the other leading contenders, though the emergence of Aaron Ramsdale as the undisputed No.1 at the Emirates Stadium could see their hopes of capturing the Ajax man stall. Although they may offload Bernd Leno, it is unlikely that Onana would be happy to play second fiddle.

Finally, Barcelona have also been linked with Onana. The goalkeeper’s free status makes him a potential target for the Blaugrana, though similarly the presence of Marc-Andre ter Stegen reduces the possibility of such a move.