La Liga have finished their evidence gathering from the events of the Madrid derby and passed their report onto the Anti-Violence Commission. 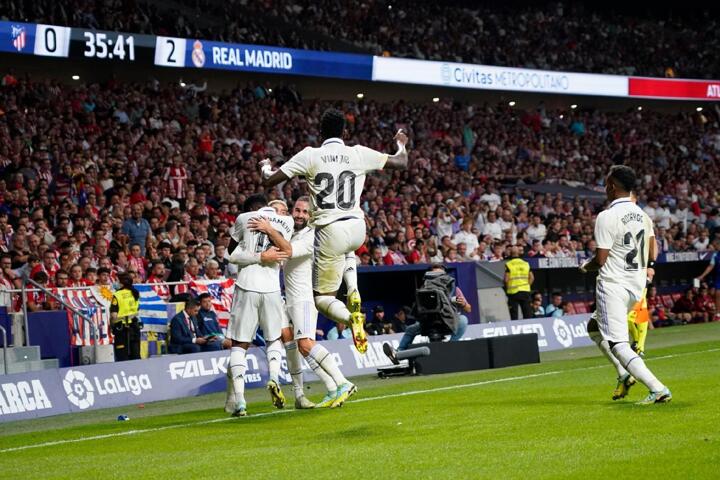 That is according to Diario AS, who have detailed the 24 acts of violence detected. The headline of those acts are the racist chants towards Real Madrid’s Vinicius Junior, which occurred outside the ground. La Liga say around 500 fans were involved.

There were no directly racist incidents towards Vinicius detected during the match, although several chants of “Vinicius die” were recorded.

Amongst the other acts were a series of insults between both sets of fans, including “Madridistas, sons of b******”, “F****** Indians” and “Here comes the plague, here comes the Madridista.”

A lighter was also thrown at a Real Madrid player during the celebration of one of the goals.

The Anti-Violence Commission will now investigate and decide what action to take. Earlier on, Atletico Madrid had announced the suspension of three members for the racist chants towards Vinicius, so far the only ones identified of the at least 500 cited by La Liga.