When Lionel Messi retires from Barcelona, he will leave a hole bigger than any player has left at any club, ever. 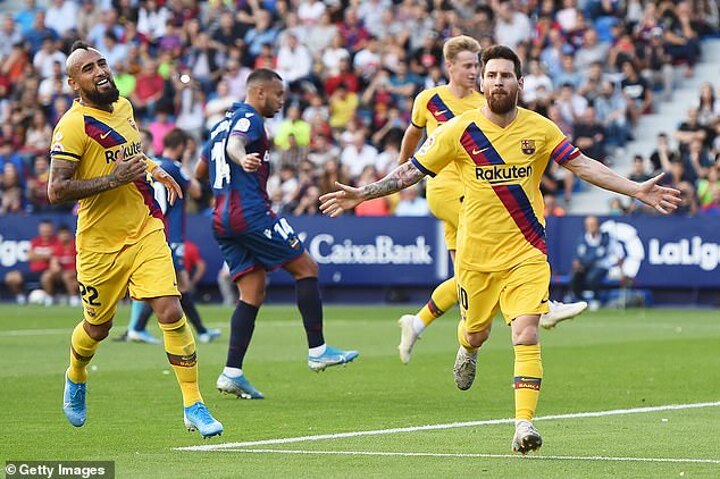 It won't just be the goals, assists and trophies that are missing either. There could be a commercial drop-off too. Brands might not be so desperate to pay whatever it takes to associate themselves with the club if they no longer have history's finest.

The club will do its best to cover his departure by shrewd activity in the transfer market, but as club president Josep Maria Bartomeu knows only too well, that can be tough. The plan was for Neymar to be Messi's heir.

'He had the chance to be the No 1 when Messi went,' Bartomeu told Sportsmail in an interview last season. That did not end well.

'It never worked out that way and we got a lot of money and we invested that in two players, [Philippe] Coutinho and [Ousmane] Dembele,' he said.

But Coutinho is now at Bayern Munich on loan and Dembele was left out of the squad completely for the last league game because Barcelona coach Ernesto Valverde clearly remains unconvinced by him.

Around £250million was spent on Coutinho and Dembele. It wouldn't be too harsh to say it was wasted – it is not going to be easy buying a Messi-less future that allows Barcelona to carry on winning. 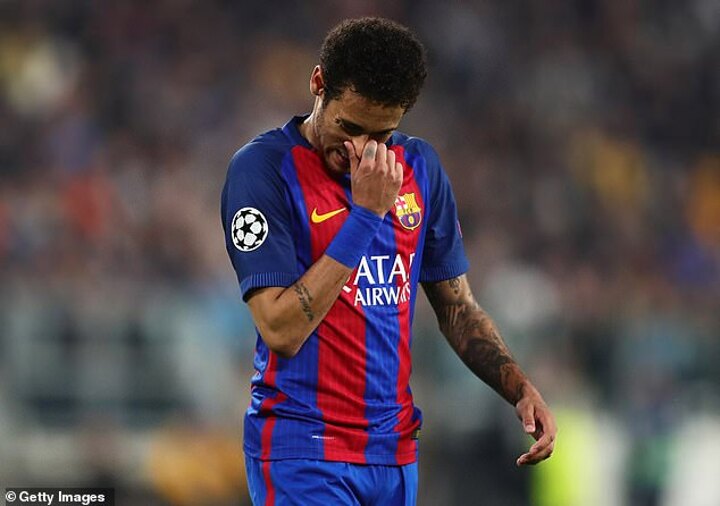 Barcelona know they need other ways of filling the Messi void. Xavi coming back as coach is one possible road to take.

Asked if Xavi could even be the successor to the current coach Valverde, Andres Iniesta said last week in an interview with Marca: 'You never know. There have been cases of coaches with no previous experience in Primera [La Liga] who then did very well.

'What a coach needs is to have his ideas very clearly set out. He needs to know what he wants and then he needs a group of players who can then put the ideas into action.'

The smart money is on Ronald Koeman taking over from Valverde at the end of the season which would put Xavi's eventual arrival to the dugout back to 2021 or 2022 by which time Messi will probably have stopped playing. 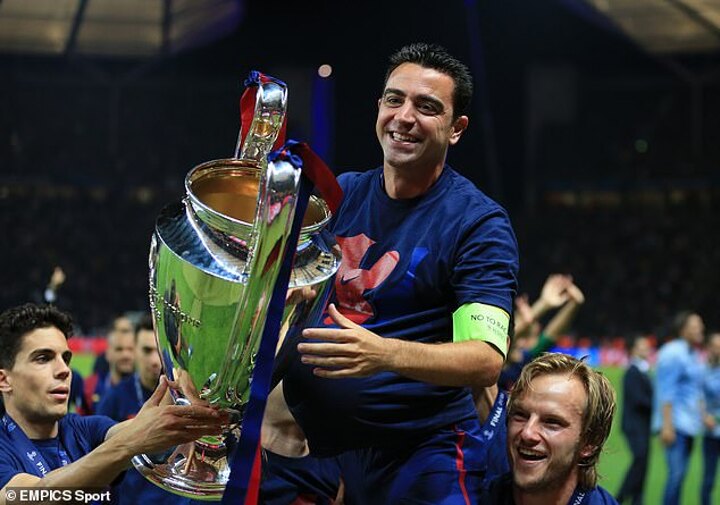 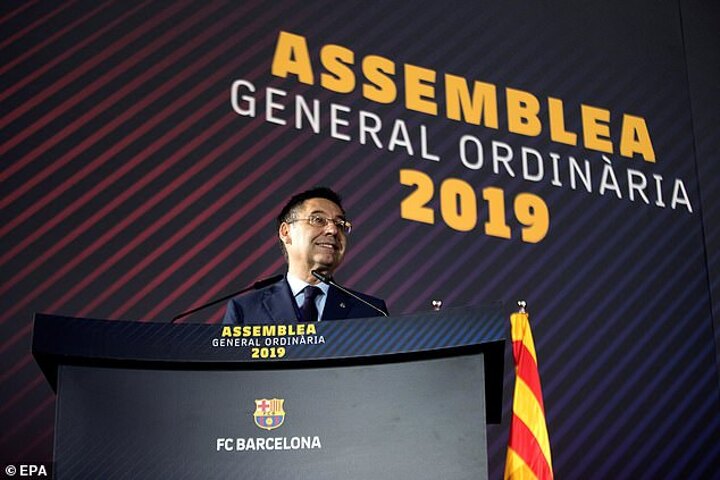 Xavi has never made a secret of wanting to become a coach and he is probably the only figure in Barcelona's recent past who could fill the vacuum left when Messi's aura ups and goes.

Could Barcelona possibly time things so that one club legend stops playing in the team and another club legend starts managing the side? It would certainly be one way of dealing with the inevitable depression that will follow Messi's last game.

Xavi's arrival would be a symbolic plaster to cover Messi's departure. Economically the club might have to consider other things.

How much Messi's departure will affect Barcelona's finances is open to question. In October members agreed a budget that projected revenue for the 2019-20 season at a record-breaking €1,047m (£902m). Projected spending will reach just over €1,000m (£863m) so there is a slim profit margin. It's the commercial arm of the club that is lifting most weight, bringing in an estimated €374m (£322m). That was up €49m (£42m) on the previous year thanks to more sponsorship deals.

The largest part of the club's spending is taken up by the wage bill set at €507m (£437m). And while it's true that Barcelona might be a slightly less attractive club to sponsor when Messi is no longer there, it's also true that the wage bill will be lighter without the world's top earner on it.

Messi's salary is estimated to be around the €45m (£39m) mark. If that's the hit that is eventually taken on sponsorship streams then there will be nothing gained nor lost. 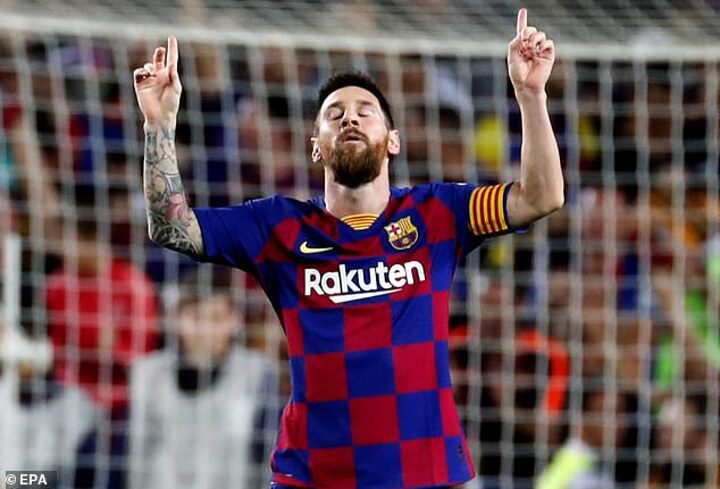 Japanese conglomerate Rakuten have a deal with Barcelona until 2021 set at €55m (£47m) a year. And the likes of Beko, Gillette, Estrella Damm, Konami, Caixabank and Audi will not suddenly turn their backs on Barcelona. The long list of commercial partners is not going to shrink. Any drop in what they want to pay should be offset by a slightly reduced wage bill.

And of course Messi no longer playing for the club does not mean Messi will no longer be associated with the club.

There will be a statue (one at least) to make sure the link is embedded in the structure of the new stadium.

After asking the president of Barcelona if the newly-renovated Nou Camp will have a Messi statue, back last year, the light-hearted answer that came back was: 'No, it will have 10.' 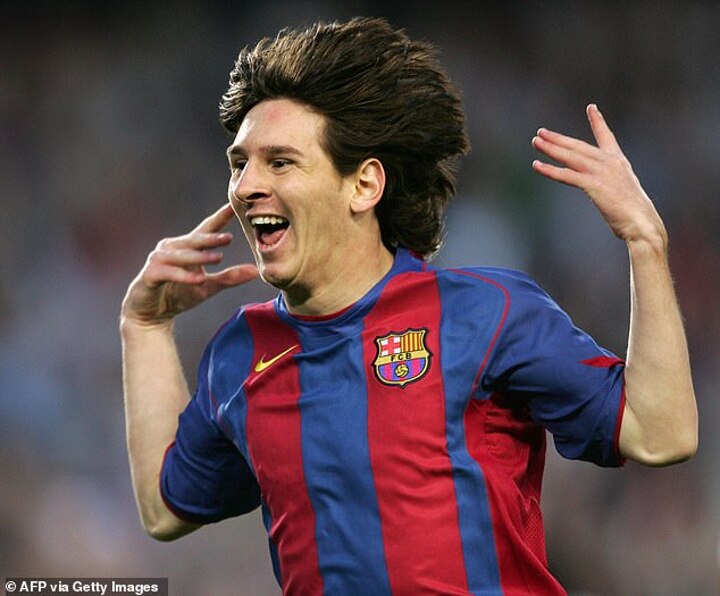 Barcelona are due to begin the project of rebuilding the Nou Camp in the summer of 2020, with the club's Mini Estadi across the road having already been flattened. It will be replaced by a new arena for the club's basketball, handball, roller hockey and indoor football teams. In total, the renovation work could end up totaling €600m (£517m).

Everything should be finished by 2023. That sounds like another perfect distraction for fans trying not to think about Messi's retirement – he'll be 35 by then.

Another road map into the post-Messi landscape is to find the next brilliant No 10 and nurture him through the club's youth academy.

There are a series of initiatives to revamp Barcelona's very particular production line. 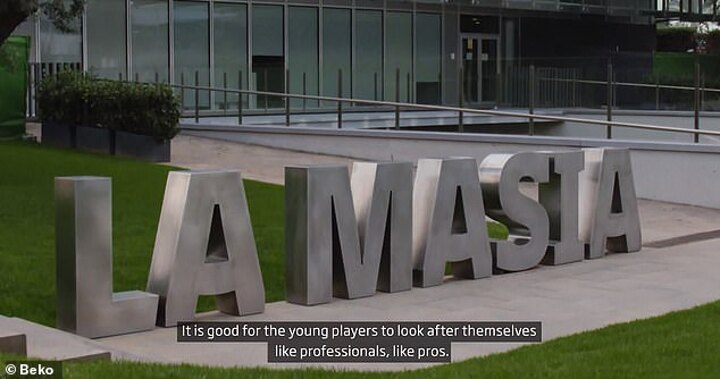 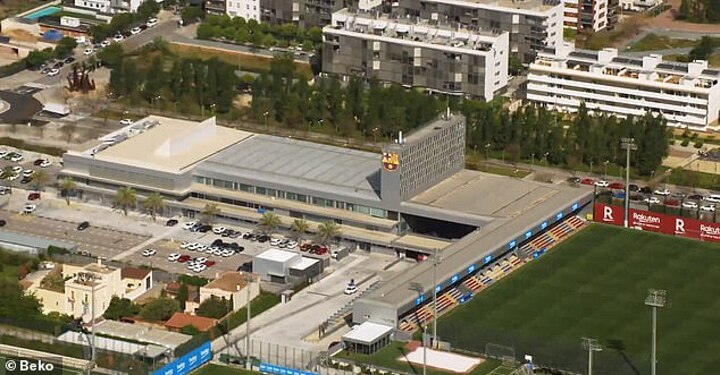 Director of youth football, Xavi Vilajoana, and director of La Masia, Xavi Martin, have overseen a renovation of the club's installations at the Joan Gamper training ground that have been designed to give the relatively new Masia headquarters more of the family feel that La Masia had when it was situated a goal kick's distance from the Nou Camp.

Andres Iniesta has said that he used to look out of his window and dream of playing in the arena he could see in the near distance. Now that the youth team home is based out of the city, at the training ground, some of that magic has been lost.

Simple things, like hanging a huge picture of the team that finished a game against Levante in 2012 with 11 youth team products on the pitch, have been done to inspire the 73 young players who currently live on site.

They might not be able to see the Nou Camp from their bunks anymore but they can see the brand new Estadi Johan Cruyff where the Barcelona B team now play all their fixtures. 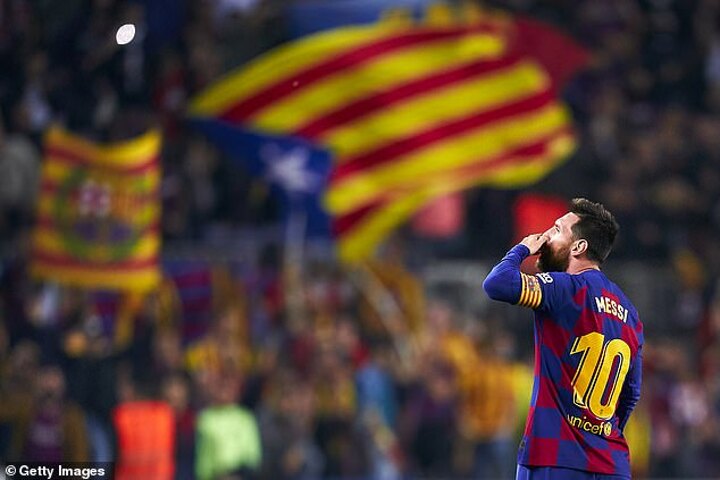 The next challenge is to get that B-team back in Spain's second division. It's hard enough for players to make the step up from B-team to first team without the B-team languishing in the regional third tier where the standard and facilities are poorer.

Talk of La Masia so far this season has centred on Ansu Fati. After a long dry period, Barcelona have finally produced a player from their academy who looks like he will become a first team regular.

He has already broken records and it was significant that Messi was pictured embracing the teenager after his debut. Messi's family now seem to be implicated in representing the 17-year-old and he is very much seen as a potential heir. But everyone at Barcelona knows that there will never be another Messi – no matter how good Fati becomes he will fall short. 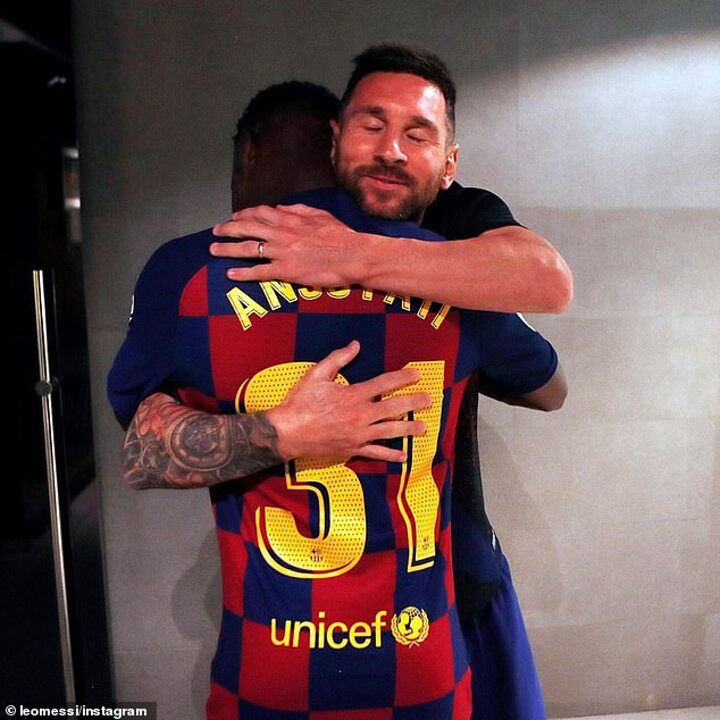 Messi could win his 6th Ballon d'Or this year. 'He's beyond that now. He's in a category of his own. For years now he's just been competing against himself. There are other great players but he is in another dimension,' Bartomeu said last season.

Barcelona will no doubt still be at these big award galas when Messi is no longer around. They will hope Fati is the player being honoured, with Messi along to applaud him.

'I hope Leo plays on until he's 45!' said Bartomeu, last season. Most people in football would love Messi to have another decade left in him but that seems unlikely. And Barcelona's ability to deal with him leaving will shape their future as a club.