Barcelona went back to the top of La Liga courtesy of the best goal Robert Lewandowski has scored for them so far. 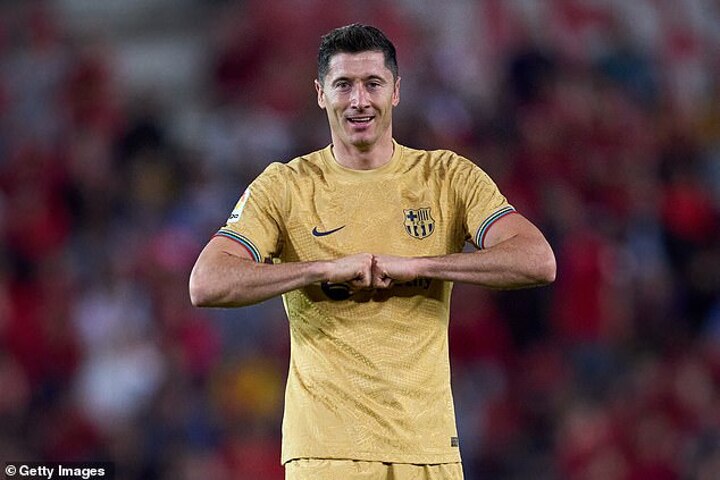 The Polish striker’s prolific start to life in Spain has now seen him score nine goals in the first seven games of the season but none have been as brilliant as the one he sent past Pedrag Rajkovich after 20 minutes against Mallorca.

Ansu Fati played the ball to him down the left. He drifted away from Martin Valjent and curled a shot inside the keeper’s far post – it was his 12th goal in all competitions for Barcelona and he is well on his way to the half century he managed last season.

Mallorca had the chance to equalize in the first half but just as Lewandowski had done the job for them at one end so Marc-Andre ter Stegen did the same at the other. When Antonio Sanchez’ cross arrived to the edge of the six yard box, left wing back Jaume Costa ran on to it but Ter Stegen saved brilliantly from his shot.

It was the German keeper’s fifth straight clean sheet and he beat his previous record for minutes without conceding.

Ter Stegen would also push away shots on goal from both Sanchez and Kang In Lee in the second half as Mallorca pushed forward for the equalizer. 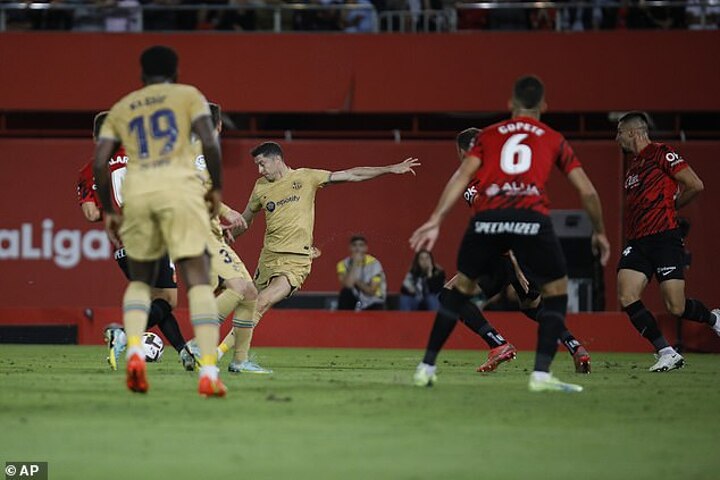 Barcelona spent plenty of money in attack in the summer but it’s at the back where there has been a real revolution – they have only conceded one goal in La Liga so far this season, and this win was secured without the services of the injured Jules Kounde who should be back for the Clasico in a fortnight.

Barcelona manufactured further chances but Franck Kessie, Fati, Dembele and substitute Raphinha were not able to take them and that made for a nervy last few minutes.

‘We had the opportunities to win by a bigger margin, admitted Sergi Busquets. ‘We controlled the game but when it’s just the one goal then you are always only one goal away from letting two points slip.’ 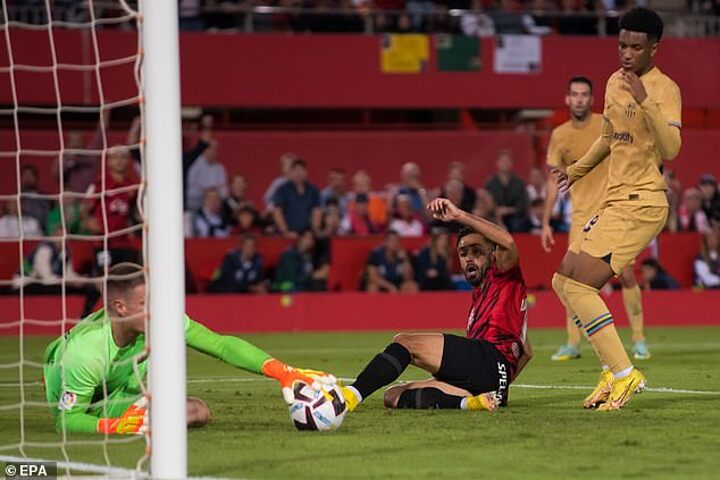 This was Barcelona's first game of a marathon spell of matches that will see them play 12 times in 40 days.

Ahead of their game away at Inter this week, coach Xavi said: 'We have a lot of players out but we have the squad to cope.'

Barcelona play Inter twice as well as Real Madrid and Bayern Munich in quick succession. They have the defensive steel and the eternally in-form striker to help them deal with the challenge.