Marcel Brands has agreed to immediately step down as Everton director of football amid the Toffees' terrible run of form. 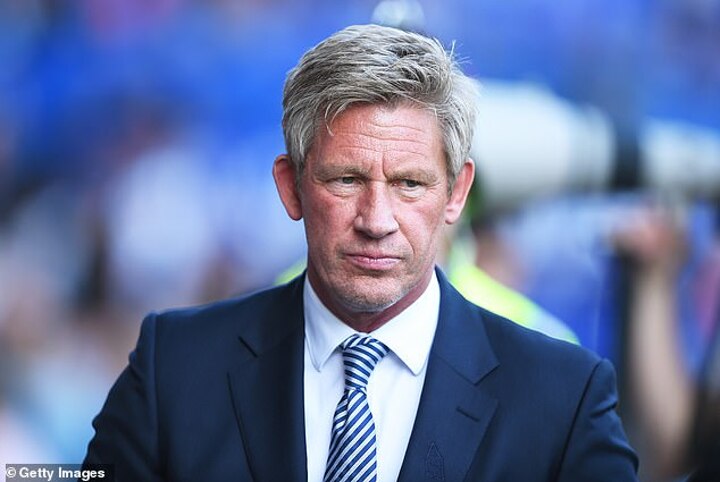 A 4-1 defeat to Liverpool means Rafael Benitez's men are winless in eight, with the pressure cranked on the Spaniard.

Brands arrived in 2018 after Everton had finished eighth, having been director of football at PSV Eindhoven for eight years, but £240m later, the Merseyside club have gone backwards and have seen both Marco Silva and Carlo Ancelotti depart, with Benitez now struggling after a bright start to the campaign as the team threaten to finish in the bottom half after eighth, 12th and 10th-placed finishes during Brands' tenure.

The Dutchman, who has agreed a severance package, was the target of abuse after the loss to Liverpool. On leaving the stadium, one fan shouted: 'Get out of this club? S***, absolutely s***' Brands then reached the supporter, who asked him: 'Did you recruit [the players]?'

Brands appeared to reply: 'Is it only the players [who are to blame]?', to which the fan responded: 'No, it's everyone. It's the board...' before Brands walked out, with fan saying: 'It's crap.'

More furious supporters vented their anger at the board against Liverpool, calling for them to be sacked, while many others left early during the 39 worst Merseyside derby defeat in 39 years.

Brands is only seven months into a three-year contract, but will only be paid up until the end of the season.

Brands' replacement of Steve Walsh was hoped to be an ambitious move by a club that had spent an eye-watering amount in the last two years under Farhad Moshiri.

However, despite arriving at Goodison Park having won the Eredivisie title in three of the last four season with PSV, Brands couldn't engineer the same success in England.

The appointment of Marco Silva began to backfire towards the end of 2019 as the expensive purchases of Alex Iwobi, Moise Kean, Andre Gomes and Jean-Philippe Gbamin failed to reap the expected rewards.

Ancelotti came in to replace the Portuguese and steadied the ship, but it was a season wasted given the money spent the previous summer and last term did not lead to the improvements expected, as a free-scoring Dominic Calvert-Lewin couldn't take the team above 10th.

Everton tightened their belts over the summer and despite a strong start to the campaign that saw them win their first four league games, things have gone rapidly downhill and they now find themselves mired in 15th, just five points above the relegation zone.