Lionel Messi and Cristiano Ronaldo's seasons have had very different narratives, but perhaps remarkably similar on-field performances, at least on an individual level. 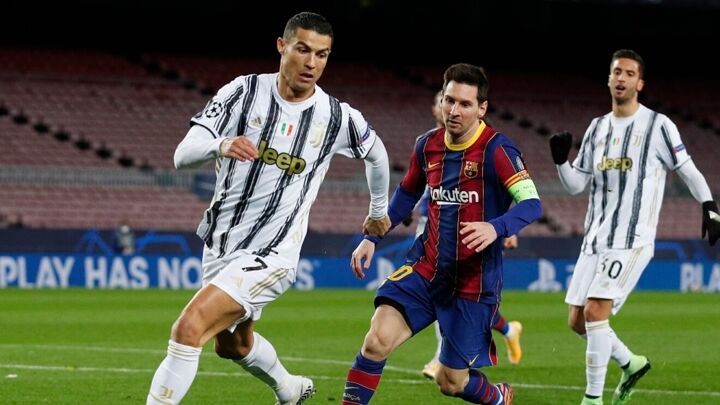 Ronaldo has scored 34 goals and provided four assists in 40 appearances for Juventus this campaign, while Messi has 36 goals and 14 assists to his name in 44 games for Barcelona.

The numbers are pretty similar in terms of goals scored, while it is curious that both players, who have for over a decade been seen as by some distance the best in the world, winning 11 of the last 12 Ballon d'Or awards between them, were eliminated from this year's Champions League at the last-16 stage.

That makes this year the first time since 2005/06 that neither of these two players have been involved in the quarter-finals or beyond in the Champions League.

In 2006 Barcelona, of course, went all the way and won the tournament, but Messi himself picked up an injury in the last 16 which ruled him out for the rest of the season.

In the face of this situation, unseen essentially since both players broke onto the scene they would dominate for so many years, we might well ask ourselves if this is the end of an era.

Messi is now 33 years old and turns 34 on June 24, while Ronaldo is 36 and it is probably fair to say that, despite their impressive longevity, they are now in the twilight of their careers.

The numbers they have put up this season are still formidable, but their teams have been less so, failing to meet expectations not only in Europe but domestically, too.

In a struggling Juventus side which has lost its stranglehold over Serie A, Ronaldo has been varyingly seen as both a talisman and a scapegoat.

While on paper the Old Lady would surely be faring far worse without the Portuguese forward's goals, some voices have suggested that he should be moved on as the Turin side look to rebuild and regain the Scudetto next season.

Interestingly, despite a similar output in terms of goals scoring, in Barcelona it is Messi himself who has pondered leaving while the club are desperate to retain their star man.

Barcelona's season has been something of a rollercoaster, at one point seeming like a disaster but now with the double still a possibility.

As part of an exhilarating LaLiga Santander title race, the Blaugrana could yet add the league title to their Copa del Rey crown, which would help ease the pain of the Champions League disappointment, which itself came shortly after defeat in the Supercopa de Espana.

Both Messi and Ronaldo have reached a point of reflection, where decisions this summer will dictate what shape the remainder of their careers take.

Much will depend on whether Juventus see Ronaldo as part of their future and if Messi seems himself as part of Barcelona's future.

If the answer to both questions is yes, we might well see both of them back in the latter stages of the Champions League next season, perhaps for one last dance.

With almost two and a half years on Messi, next season may well be Ronaldo's final shot at the very top, although Juventus have still to secure qualification for next year's Champions League, with just five points separating the teams placed second through sixth in Serie A.

With a few more years on his side, we could see Messi in the latter stages of the competition on a few more occasions yet, but it remains unclear whether that will be in a Barcelona shirt or not.