The Real Madrid star Federico Valverde is named Man of the Match on his World Cup debut. 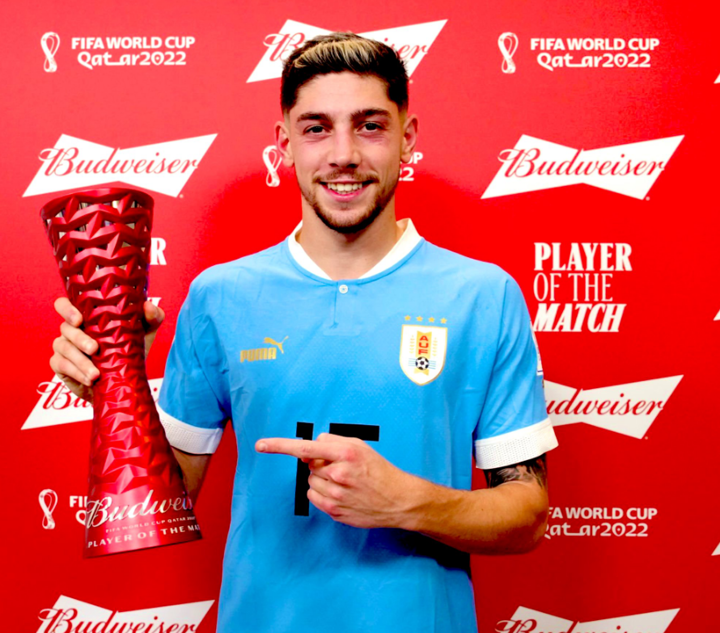 Uruguay and South Korea battled to a goalless draw in their Group H opener in the 2022 World Cup, when midfielder Valverde gave a perfect performance.

Federico Valverde is as irreplaceable for Uruguay as he is for Real Madrid and is central to his country's World Cup hopes as a player with youth and experience on his side in a squad blessed with an abundance of both.