Martin Odegaard and Erling Haaland have been two of the most explosive players of the 2019/20 season, with 47 goals and 17 assists between the Norwegian duo. 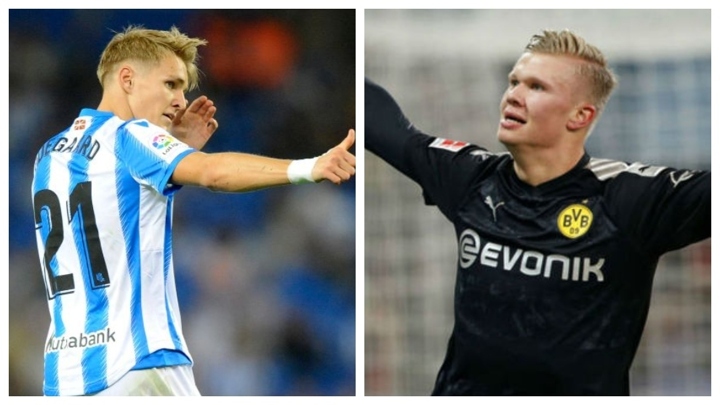 On loan at Real Sociedad, Odegaard has proven exactly why Real Madrid battled so persistently with the rest of Europe's heavyweights to land his signature back in 2015.

Finally, in what is his third loan spell away from the Estadio Santiago Bernabeu, the 21-year-old looks to have come of age, performing at an extremely high level with La Real.

On such form, Odegaard will eventually make his way back at Real Madrid, whether it be in the 2020/21 season or the one after.

Haaland, meanwhile, became the talk of Europe in the first half of the current campaign after scoring eight goals for RB Salzburg in the Champions League group stages.

That streak saw Borussia Dortmund land him in January in what now looks a snip at just 18 million euros having fired in 12 goals in just 11 games with the Bundesliga side.

Those numbers have caught the attention of Real Madrid who are on the lookout for a new striker, and the fact that Haaland and Odegaard are well acquainted through the Norwegian national team means that the two of them joining forces at the Estadio Santiago Bernabeu is not out of the question.