Pedri has stressed that he prioritises collective success over individual accolades after being handed the 2021 Kopa Trophy prize during the Ballon d'Or event in Paris last week. 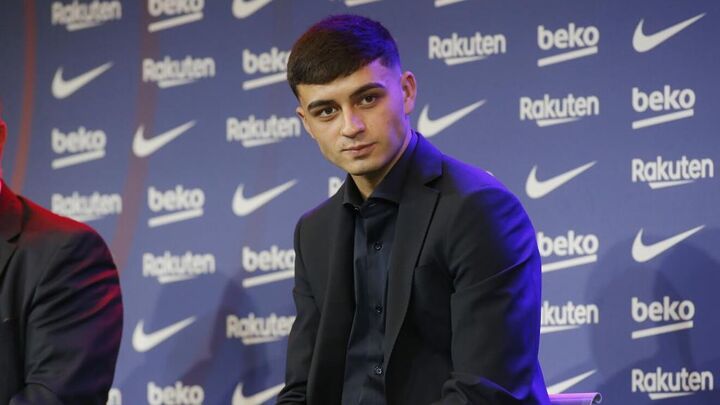 The Barcelona midfielder, who stood out with his displays in the 2020 European Championship with Spain, expressed his wish to win both the Ballon d'Or and a World Cup in the future.

"[Ballon d'Or] is the greatest of all the trophies," Pedri told France Football.

"But, before winning the Ballon d'Or, we have to focus on collective titles, which are the most important. Winning a World Cup for your country must be incredible.

"I am very happy with the Kopa Trophy. It rewards the work done throughout the year and it's incredible to be the winner. It's just the beginning, I hope.

"I am proud to succeed two monsters like Kylian Mbappe and Matthijs De Ligt. They are great players, and the future is theirs.

"Besides, we are not always used to seeing midfielders being rewarded. Xavi [Hernandez] and [Andres] Iniesta, for example, have never won the Ballon d'Or."

Pedri went on reveal how he felt during his first days as a Barcelona player and declared that he was unsure on how to deal with fame.

"It was a bit difficult [at the beginning]," added Pedri.

"I arrived when the team were gathered at the training camp and I could not train with the group, only with the other signings, Trincao and Matheus Fernandes.

"It was quite special and unexpected. It is not what you imagine when you sign for a new club. In fact, I was nervous to meet the rest of the team.

"I wasn't afraid of staying on the bench, but [I was more afraid] of everyday life which could be a problem. At Las Palmas, nobody stops you on the street for a photo, or an autograph.

"Here, a crowd quickly builds. I was shy in transforming into a star. I wondered, 'Why do you want a photo with me?'"

The Barcelona prodigy also discussed his debut start and his connection with Lionel Messi on the pitch, before the latter departed last summer.

"[The] Juventus [duel] will continue to be special [for me]," noted Pedri.

"It was my first start. Besides, we won and the team played a great game.

"As for Leo, it's easy to have fun. I've always said he's the best in the world. Every time I played with him, I was looking for him. You don't ask yourself questions, you know he's going to do things very well."