Barcelona superstar Pedri has opened up on what he would like to learn from Blaugrana legends Xavi and Andres Iniesta. 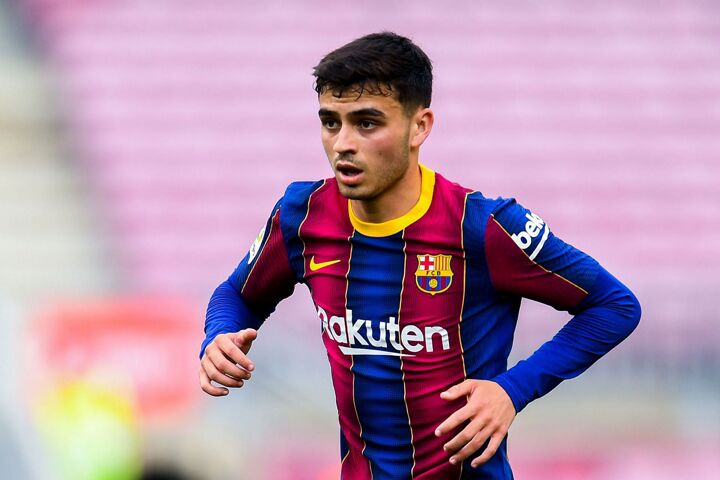 Barcelona signed Pedri from Las Palmas for an initial fee of €5m in the summer of 2019. The agreement between the Catalans and the second-tier club was that the deal would become effective from July 1, 2020.

The midfielder linked up with Ronald Koeman's first team at Camp Nou ahead of the 2020-21 season. Pedri went on to make his senior debut for Barcelona in their La Liga match against Villarreal last September.

Pedri has since established himself as a key player for Barcelona as well as the Spanish national team. He was rewarded for his contributions last season with a new five-year contract at Barcelona, while France Football awarded him the Kopa Trophy last week.

Barcelona, who have struggled on and off the pitch recently, believe they have found a replacement for club legends Xavi and Iniesta in Pedri. The 19-year-old has often been compared to the iconic midfield duo.

Pedri has now lifted the lid on what he would like to learn from Barcelona greats Xavi and Iniesta. He said:

"I wish I had it all [laughs]. But, if I had to start with Xavi, I would take his ability to move when he had the ball. It was impossible to take [the ball off] him. Besides, he was always super well positioned and shaped to receive the ball the right way. It was too important in the conduct of the game. He always managed to figure out what to do, until he felt like he was alone," Pedri told France Football [via Foot Mercato].

"For Iniesta, it would be particularly his quality on the one-two. He had this gift to come and play with a team-mate, make things easy for him, moreover, by putting on a show. I, when I see things that inspire me, I try to replicate them."

Pedri will be hopeful of following in Xavi and Iniesta's footsteps by establishing himself as a key player for Barcelona and helping the side win an array of trophies.

Can Pedri replicate Xavi and Iniesta's success at Barcelona?

Xavi and Iniesta played around 1000 games between them at Barcelona. The midfield duo pulled the strings for Blaugrana as they went on to win several trophies for most of the last two decades.

Pedri will now be looking to replicate Xavi and Iniesta's success at Barcelona. It is worth noting that he looks set to ply his trade under the former in the coming years.