Quique Setien was "fourth choice, at best" in Barcelona's hunt for a new head coach, according to Spanish football expert Graham Hunter. 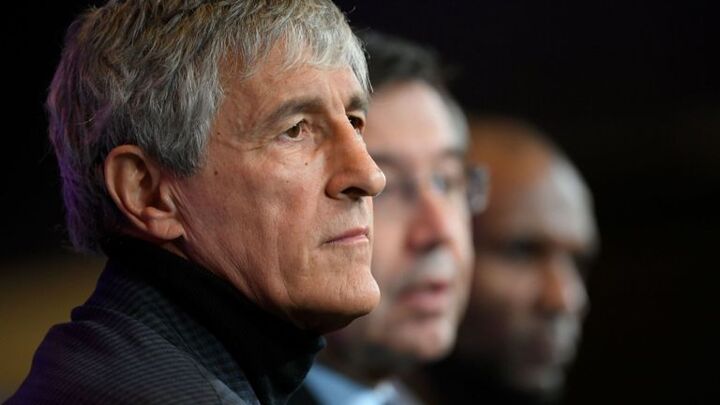 Setien signed a two-and-a-half-year deal with the Catalan club on Monday after Ernesto Valverde was sacked by the La Liga leaders.

The former Real Betis head coach admitted he was surprised to be offered the role, which he described as beyond his "wildest dreams", and Hunter believes he was only approached after Barcelona had failed to convince three other candidates to replace Valverde.

Speaking to the Transfer Talk podcast, Hunter said: "They went out to Qatar to try and persuade Xavi, who they should have known wouldn't come, couldn't come. 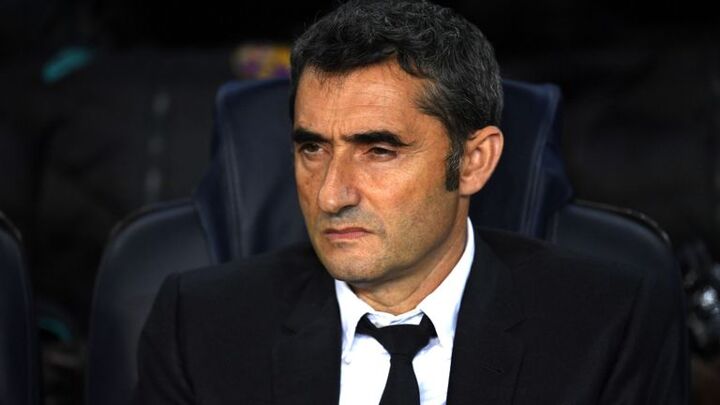 "They tried to persuade Ronald Koeman, who had already told them previously he wouldn't join them. He thinks he'll coach the Netherlands to the European Championship and victory this summer.

"They sussed out what Mauricio Pochettino had previously said, that he'd rather go back and work on his farm in Argentina than go and coach Barcelona, they tried to persuade him.

"Quique Setien is an attractive coach with a [Johan] Cruyff mentality but he is fourth choice, at best. It has been a risible Keystone Cops affair from start to finish."

'Xavi mission was doomed for failure'

Hunter believes Xavi could eventually return to Barcelona as head coach after the club's presidential election next year.

He said: "Xavi is very aligned to a presidential candidate who wants to take over the club when there are elections in 2021. His name is Victor Font.

"They work together, they are a team. It is anticipated that is when Xavi will come back. 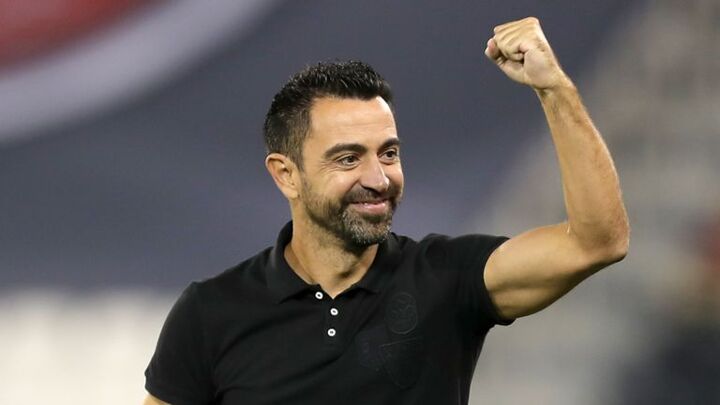 "This president, [Josep Maria] Bartomeu, went to Xavi to kind of say 'Drop that, forget your friend, forget all your allegiances'.

"He also went to Xavi and said 'Come now, forget the fact your Qatari team has got a cup final to play this Friday'. Something that he's qualified them for. He's been pretty successful in his first season in coaching in Qatar.

"It is no secret he's paid gigantic sums to be there. The idea of persuading him to abandon his club, to abandon the huge contract he's got and to abandon his friend Victor Font, who wants to take over in 2021.

"This was a mission that I think was absolutely doomed for failure."

'Setien is an evangelistic disciple of Johan Cruyff'

Setien was formally unveiled as Barcelona head coach on Tuesday and Hunter believes he will look to implement a style of play based on the legendary Cruyff side that won four consecutive La Liga titles between 1991 and 1994.

"When he was a midfielder he was playing against Johan Cruyff's dream team at Barcelona," said Hunter.

"He said he learned his football from having to chase players like Pep Guardiola and Txiki Begiristain around the pitch. He hated that. 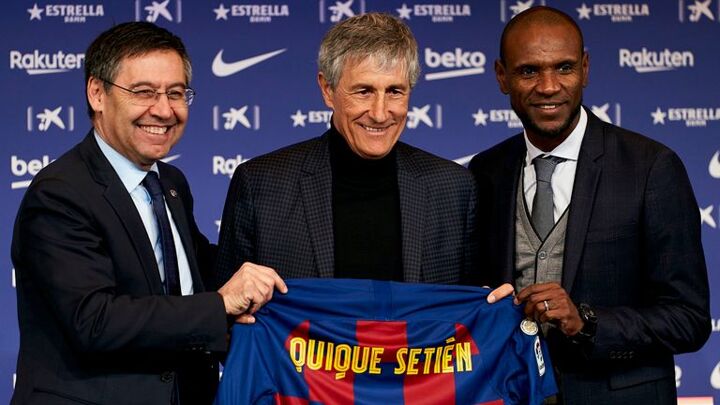 "He studied Cruyff's football and came to prominence a couple of clubs ago when he was Las Palmas coach and then Real Betis coach.

"Under Quique Setien, Real Betis went to Real Madrid and beat them twice in a row, they hadn't done that for many decades.

"They also won 4-3 at Camp Nou. He is the last coach domestically to go to Camp Nou and beat Barcelona. That was in November 2018. He is a guy who believes in beautiful flowing football.

"He is absolutely, having never played with Cruyff and having told Cruyff he would cut off one of his fingers just to have worked for him, a complete evangelistic disciple of Johan Cruyff's idea about keeping the ball, making the opponent run, spreading the pitch, pressing hard, playing positional.

"When he's in charge of a group that understands him, the football that you get is genuinely beautiful. It is a really exciting idea."