Following a chaotic year both on and off the pitch, Barcelona have the chance to add silverware to their cabinet and create the perfect springboard for a more prosperous next 12 months, but a place in the final first depends on whether they can past a strong Real Sociedad side in the Supercopa de Espana semi final on Wednesday. 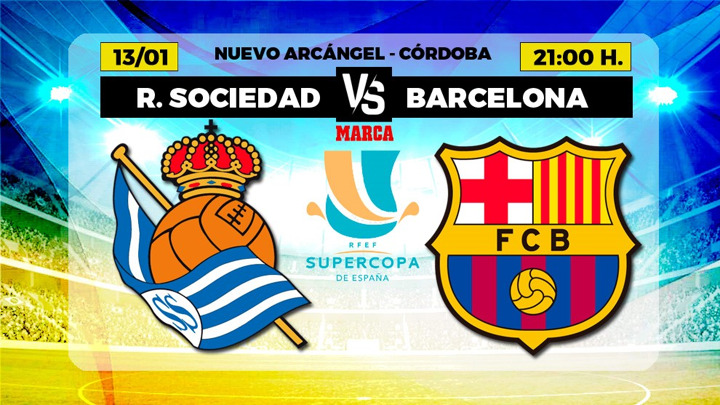 The semi final defeat to Atletico Madrid last January spelled the end for Ernesto Valverde, and the damaging loss will still be very vivid in the memories of most of the Barcelona players heading into the clash.

Ronald Koeman inherited a tough job last summer and it took him a while to get into a good rhythm, but signs of his methods and values are now beginning to be reflected in his side, who are currently in excellent form.

In front of them stands a tough opponent in Real Sociedad, although their explosive start to the campaign has subsided and have won just one of their last eleven games.

Yet it certainly won't be an easy task, and the news that Leo Messi will be unavailable for the match against Real Sociedad will make it an even tougher challenge.

Koeman's switch from a 4-2-3-1 to the club's traditional 4-3-3 formation has seen an improvement of late, and it's likely that the Dutchman will continue with that system on Wednesday, even without the Argentine.

Imanol Alguacil has brought his whole squad to Cordoba, including injured players. Among them is David Silva, who will be a big miss for the San Sebastian club, although fellow veteran Nacho Monreal is back and could start. 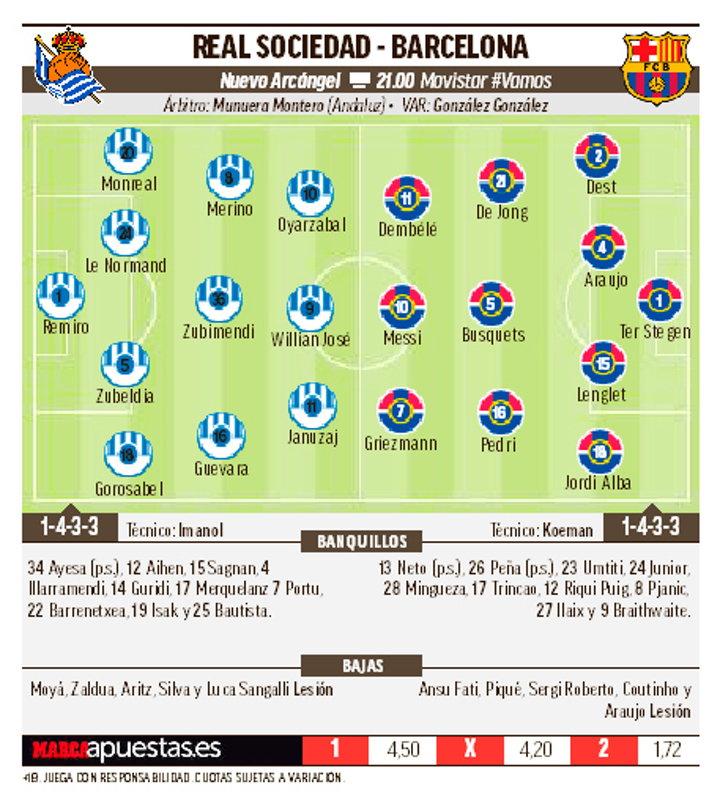