Kylian Mbappe has revealed that Cristiano Ronaldo, Lionel Messi and Neymar are his main idols, insisting the superstar trio have inspired him to reach the very highest level of the game. 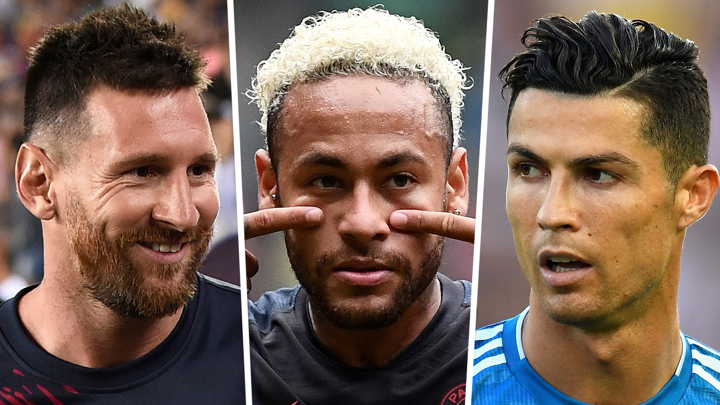 Mbappe has enjoyed a meteoric rise to prominence since bursting on the scene with Monaco as a teenager in the 2016-17 season.

Mbappe has been tipped to add a Ballon d'Or to his trophy collection in the future, but for now, Barcelona captain Messi and Juve talisman Ronaldo continue to lead the way as the two finest performers in the game.

The talented duo have shared 11 Ballon d'Or awards between them over the last 12 years, and have yet to show any signs of slowing down despite approaching the latter stages of their respective careers.

Mbappe has now revealed that he looks up to Messi and Ronaldo, and says he also admired PSG team-mate Neymar for many years before linking up with the Brazilian at Parc des Princes.

"I have a lot of idols, there was Cristiano, who I loved a lot. And during this period of time, we have had Cristiano and Messi," Mbappe said during a Q&A session on beIN Sports .

"When you have the chance to play at the top, you need inspiration from the best. Each one has his own style and strength, but they reached the top, so it's inspiring everybody.

"So there is no reason for it to not inspire me as well, and we make our own way to reach the top."

When asked to name the best goal he has ever seen, Mbappe chose Ronaldo's famous overhead kick for Real Madrid against Juventus in 2018, and justified his decision by stating: "Ronaldo against Gigi.

"I had the chance to play with Gigi and he talked to me about it, and the feeling he had when this legendary goal happened. So I would say that one."