The Real Madrid captain asked his followers to help with a campaign to promote and fund vaccinations - the response was immediate. 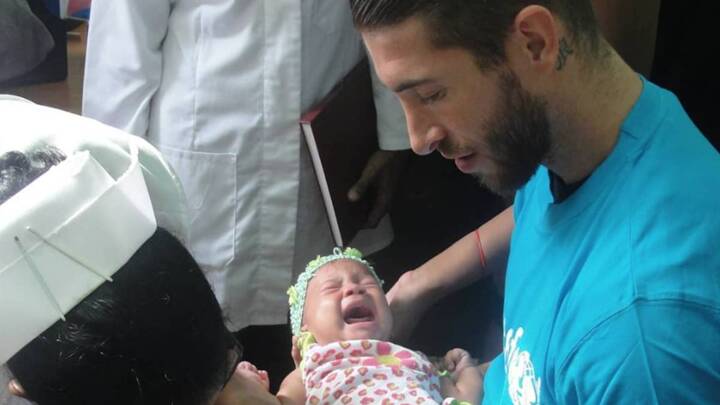 Sergio Ramos has been injured since 12 April, but that hasn't stopped the Real Madrid star devoting time and energy to one of his longest-running commitments off the pitch, to UNICEF, the United Nations Children's Fund.

The Real Madrid defender shared a photo from one of his visits to a UNICEF campaign, with the aim of raising money to help provide vaccinations to children.

"Vaccines save between 2 and 3 million lives every year. For every like this photo receives, #GatesFoundation will donate 1 dollar to @unicef projects" read the text by the photo, along with the hashtag #VaccinesWork.

In just 12 hours Ramos managed to hit over a million 'likes', with the number continuing to rise. At the time of publication the image had hit nearly 1.4 million likes, which would be enough for UNICEF to buy for some 14 million measles vaccinations.

The campaign by Ramos and Unicef, with financial support from the Gates Foundation comes at a time when ill-informed anti-vaccination campaigns have been attempting to persuade parents not to vaccinate their children. This highly damaging spread of misinformation, particularly in the USA, with a consequent drop in vaccinations has seen the largest outbreak in that country since the disease was declared eliminated in 2000. There have now been 682 measles cases across 22 states in the USA in 2019. While many infected with the disease will have no serious complications, around three of every thousand infected will die, and some will suffer life-changing impacts such as blindness or brain damage.

Health and Human Services Secretary Alex Azar said "The United States is seeing a resurgence of measles, a disease that had once been effectively eliminated from our country," he said, acknowledging the significance of the number of cases.

"I do believe that parents' concerns about vaccines leads to undervaccination, and most of the cases that we're seeing are in unvaccinated communities," Dr. Nancy Messonnier, director of the National Center for Immunization and Respiratory Diseases at the CDC, said in February at a congressional hearing about measles outbreaks.

The hope is that campaigns such as those by Ramos will help not only raise funds for vaccination programmes but also spread the word about the importance of vaccinations.