Quique Setien says Barcelona should still be seen as joint favourites to win La Liga along with Real Madrid, ahead of his team's clash with Getafe on Saturday. 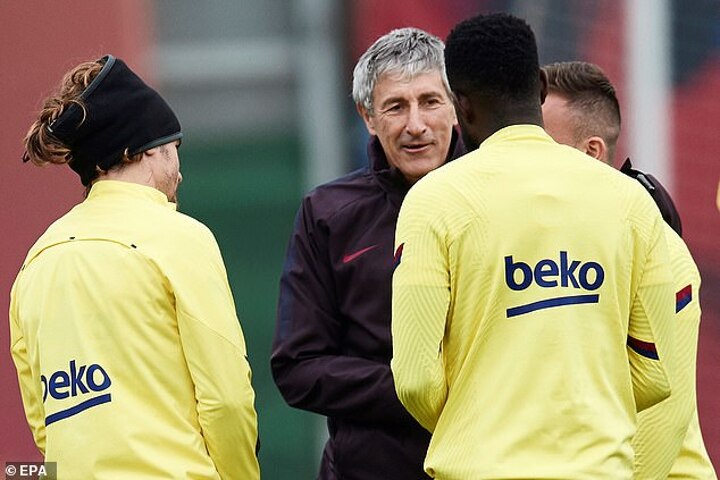 'Many leagues are decided by small details, that none of the teams fighting for the title can control,' Setien told a news conference on Friday.

'I think we are exactly equal favourites with Real Madrid. We have three points less but we have a game against them there.'

Barcelona hope to be allowed an emergency signing to replace Dembele, pending ratification from the Spanish FA on the French winger's medical report following his operation this week.

Getafe forward Angel Rodriguez has been linked by Spanish media, along with Levante's Roger Marti. 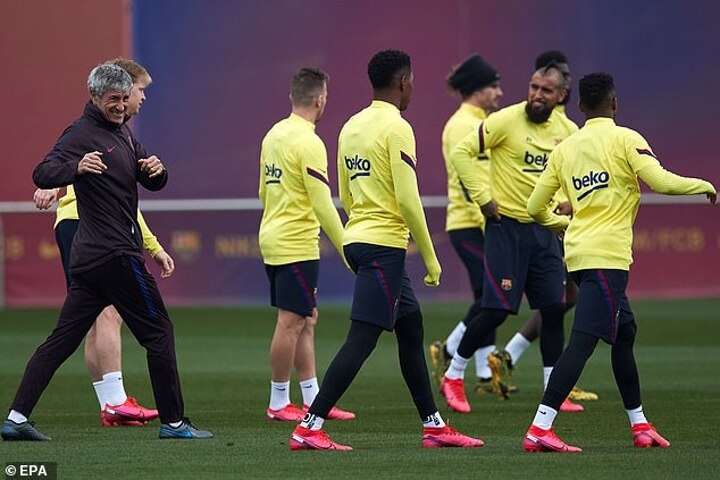 'Dembele's injury set us back a lot and put us in a risky situation, but you always have a plan because you play with 11 players,' added Setien.

'I hope that it is possible (to bring in a striker), but if they don't let us sign a player then we will adapt.'

Setien and Bordalas have a long history of rivalry, with the Barcelona coach claiming his opposite number 'boils my blood' while he was at Real Betis.

'I have forgotten completely about the Bordalas topic and I will not speak about it,' added Setien.